A former Israeli Health Minister is set to be prosecuted for interfering in the Malka Leifer case by attempting to prevent her extradition to Australia.

Ms Leifer, 54,  fronted the Melbourne Magistrates Court earlier this month and is facing 74 charges of child sex abuse, including multiple counts of rape, indecent assault and sexual penetration of a child.

She is accused of abusing three sisters – Dassi Erlich, Nicole Meyer and Elly Sapper – during her time as headmistress of Adass Israel School in Elsternwick between 2001 and 2008.

Israeli media is now reporting the former health minister Yaakov Litzman will be prosecuted for trying to prevent Ms Leifer from being extradited to Australia to face justice.

The Israeli police fraud unit has been investigating Mr Litzman for several months after it was alleged he pressured psychiatrists to state Ms Leifer was unfit to stand trial in Australia while the extradition case was ongoing.

A Jewish charity will offer chaplaincy services to alleged paedophile Malka Leifer when she returns to Australia, a decision that has angered some members of the religious community.

The Age has confirmed Ms Leifer will be offered support from the charity Jewish Prison Chaplaincy Victoria, a group contracted by Corrections Victoria to assist every Jewish person in the state’s system and support prisoners “to observe and grow while in prison”.

Corrections Victoria appointed the chaplain, independent of the organisation.

The charity’s role is controversial because it is led by Benjamin Koppel, the president of the Adass Israel Congregation, part of a small ultra-orthodox group of about 150 families based in Elsternwick and Ripponlea where Ms Leifer worked.

Mr Koppel was president of the Adass Israel Congregation when Ms Leifer left Australia in 2008, 24 hours after she was accused of sexually molesting some of the students and sacked by the board.

He [Mr. Koppel] was questioned in the Supreme Court in 2015 about the decision to hire Ms Leifer amid allegations she travelled to Israel with the assistance of the Adass board. However, there is no evidence or allegations to suggest Mr Koppel helped Ms Leifer, or knew about plans to help her leave for Israel.

Malka Leifer, who fled to Israel, faces 74 counts of sexual abuse related to her tenure as a principal at a Jewish girls’ school in Melbourne.

JERUSALEM — An Israeli woman accused of sexually abusing students at an Australian school where she was the principal has been extradited from Israel, according to reports in the Israeli news media, concluding a seven-year deportation process that had tested relations between the two countries.

Malka Leifer, 54, is accused of 74 counts of rape and sexual abuse that investigators say took place between 2004 and 2008, when she was the principal of a Jewish girls’ school in Melbourne.

Australian officials formally sought her extradition in 2014, but the process was repeatedly delayed after Ms. Leifer’s legal team at the time argued that she was mentally unfit to stand trial.

Photographs published Monday on an Israeli news website, Ynet, showed Ms. Leifer being escorted aboard a plane in Tel Aviv on Sunday night.

Ms. Leifer’s lawyer, Nick Kaufman, said he had not received official confirmation that she had been deported but had been told she would be sent to Australia this week.

Officials at the Israeli foreign and justice ministries, state attorney’s office, police force and prison service declined to comment, as did the Australian attorney-general’s office.

Ms. Leifer, an Israeli citizen, moved in 2001 to Australia, where she later became the principal of Adass Israel, a school for ultra-Orthodox Jewish girls, and then fled to Israel in 2008 after details of the assault allegations emerged.

The sluggish pace of the deportation process drew occasional criticism from Australian lawmakers. The case also embroiled an ultra-Orthodox Israeli government minister from the same sect as Ms. Leifer, Yaakov Litzman, after the Israeli police accused him of pressuring psychiatrists to report that Ms. Leifer was not well enough to be tried.

Justice Minister Avi Nissenkorn said that after a years-long legal saga, it was Israel’s “moral responsibility” to extradite Ms Leifer.

Mr Nissenkorn signed the order a day after Israel’s Supreme Court rejected what appears to be Ms Leifer’s final appeal.

Ms Leifer, an Israeli citizen, is accused of abusing three sisters during her time as headmistress of the Adass Israel School between 2001 and 2008.

She allegedly fled Australia for Israel in 2008 when she learned the women were planning to file a complaint with police.

Australia lodged an extradition request for Ms Leifer in 2014, but the case has been repeatedly delayed.

In January, a panel of psychiatrists concluded the 54-year-old was faking her mental illness to avoid extradition, which led to the finding in Israel’s District Court.

Ms Leifer maintains her innocence and the six-year legal battle surrounding her extradition has strained relations between Israel and Australia. 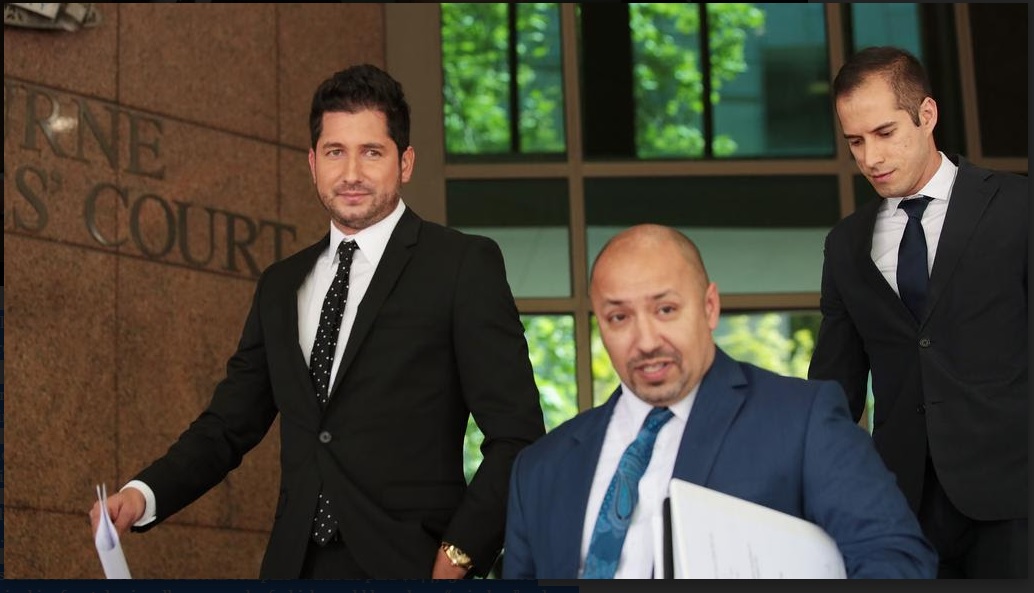 A Jewish gold dealer, jailed after giving cash to crooks for stolen jewellery, has been delivered the ultimate punishment — missing his son’s bar mitzvah — by a judge keen to denounced his “extremely shameful behaviour”.

A Jewish gold dealer outed as a fraudster who gave cash to crooks for stolen jewellery has been delivered the ultimate punishment of missing his son’s bar mitzvah.

County Court Judge Scott Johns said Chey Tenenboim must be denounced for his greedy actions, jailing him for 12 months.

The Caulfield North father of four had earlier begged the judge to impose a sentence that would see him free for the coming of age ritual for his son’s 13th birthday in November.

But with only 32 days of time already served, Tenenboim will spend the important milestone behind bars.

Judge Johns said Tenenboim had “no moral compass” when he paid $144,638 to armed robbers and junkies for stolen jewellery — much of which would have been “priceless” or have sentimental value to its owners.

A Melbourne gold dealer jailed for melting down gold and jewellery says he feels great shame at his crimes being exposed.

Chey Tenenboim should have felt that shame when he was destroying the precious stolen items, the Victorian judge who jailed him on Wednesday says.

A Melbourne man has been jailed for his involvement in a stolen-gold trading scheme run by two jet-setting Colombian playboys.

Chey Tenenboim, 39, appeared in the County Court via video-link from prison on Wednesday and was sentenced to a year in jail after he bought stolen jewellery that was to be melted and resold as bullion.

In a deal with prosecutors, Tenenboim pleaded guilty in June to a single charge of receiving stolen goods that included 42 instances of buying looted valuables. Under the plea deal, he admitted paying $144,638 for the stolen gold.

County Court judge Scott Johns said Tenenboim was motivated by greed and a belief that his offending would not be exposed.

“You thought you could do it without getting caught so you did,” Judge Johns said.

A Colombian-born jetsetting gold buyer has been told to prepare for jail after he paid cash for jewellery and valuables that he knew were stolen.

Alejandro Mendieta Blanco, his older brother and another man ran a sophisticated gold-buying scheme where they paid cash for jewellery, watches and other items they knew were stolen and kept the transactions off the books of their legitimate business, Gold Buyers Melbourne.

The three men were initially charged with hundreds of offences but the cases were whittled down in a plea deal with prosecutors to a single charge each of receiving stolen goods.