J-AIR has unreservedly apologised for broadcasting and podcasting comments that vilified the gay community in one of its regular programs.

The comments were made by Rabbi Mendel Kessin on the Tamar Yonah Show on Monday, 30 March 2020. Yonah hosts her own show on J-AIR’s sister station in Israel, Israel News Talk Radio (INTR), and Rabbi Kessin’s comment were originally aired on 24 March on the INTR program The Mystical Meaning of the Coronavirus with Rabbi Mendel Kessin.

They were re-broadcast on J-AIR on 30 March.

“We have taken the podcast off line, and the complaints’ committee has started to review the show’s contents. The outcome of this process will be announced within 30 days, if not sooner. J-AIR is seeking an explanation from Tamar Yonah.

“J-AIR is very aware of its role as a community broadcaster and strictly adheres to the laws of this country, particularly the ones referring to broadcasting as mandated by ACMA.

“We apologise for causing offence to the gay community,” Dr Banky said.

The Federal Court has ordered that a company associated with Melbourne business figure “Diamond” Joe Gutnick be wound up and declared insolvent amid allegations of millions of dollars of dishonest related party transactions.

The Federal Court on Wednesday appointed liquidators to the publicly traded mining company Merlin Diamonds Limited after a provisional liquidators’ report showed it had just $1331 in the bank and liabilities of $13 million.

Judge Michael O’Bryan said a liquidator would allow for investigations into a number of inter-company loans, related party transactions and “round robin” payments that “have the appearance of uncommercial and dishonest transactions”.

The Australian Securities and Investments Commission’s had requested a liquidator to be appointed after an investigation into Mr Gutnick, one of Australia’s best-known business figures. The ordained Rabbi was once a regular on the BRW Rich 200 list and a benefactor to many Jewish charities. As president of a stricken Melbourne Football Club during the 1990s, his financial support kept the club alive.

However, The Age and The Sydney Morning Herald revealed in a series of stories in 2019 that ASIC was investigating what happened to $18 million in loans that allegedly saw money flow from publicly listed companies controlled by Mr Gutnick to a private company that he was also closely involved with.

In a scathing judgment on Wednesday, Justice O’Bryan said Merlin “does not appear to take its legal obligations seriously,” had expressed “no contrition” for various corporate transgressions and faced a “strong prima facie case” that it had contravened the Corporations Act, particularly when it came to two related companies called Chabad and Axis.

The full episode of the March 30 Tamar Yonah Show was first posted here but has since been taken down. A backup copy of the podcast can be heard here.

The description of this episode of the Tamar Yonah Show states (in part):

Internationally known lecturer on current events and the Bible, Rabbi Mendel Kessin, joins Tamar Yonah and talks about the meaning behind this worldwide pandemic, what we are supposed to learn, and DO, in order to merit seeing the coming of the Messiah. He talks about the fear of death, atonement, suffering, and the world-wide economic collapse, and tells us how we can protect ourselves, as we enter into the Messianic era.

And basically he’s 98% finished, that’s how close we are to the redemption. Therefore what god wants to do is bring the redemption. However, there are certain problems that must be addressed by god in order for the redemption to actually happen. And what we begin to see is that the pandemic is an exact designer drug, if you want to use that expression, that will remove these problems. Ah, in other words the plague itself is a vehicle, is an instrument, to accelerate the messianic process by removing these major problems. What are they? You see. So therefore what we see is the following. The first major problem is that man has corrupted his nature. There is a tremendous amount of, ah, what’s called immorality in the world today. It’s widespread. There’s, in Hebrew it’s called “prichus” (פְּרִיצוּת). We want, we could say it’s also in the form of homosexuality, and gays and so on and so forth, where all of a sudden the gender differentiation is, is tremendously blurred. So that is an incredible corruption of man’s nature.

END_OF_DOCUMENT_TOKEN_TO_BE_REPLACED

Waks, now an advocate for Jewish abuse victims, was one of a number of children Cyprys abused at Melbourne’s Chabad Yeshivah centre

END_OF_DOCUMENT_TOKEN_TO_BE_REPLACED 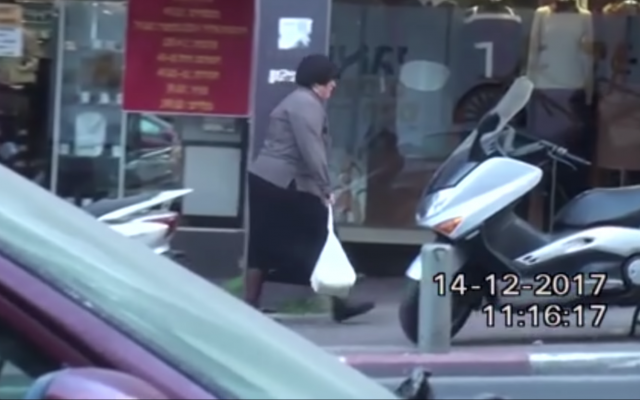 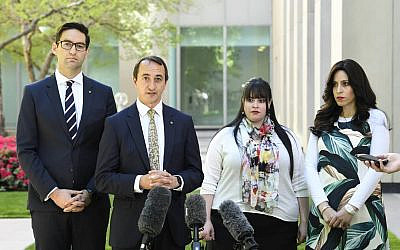