Mike Diederich, Jr. is running against Judge Thomas E. Walsh II for the DA position in Rockland County, NY. Judge Walsh, who is running as both an avid Republican and an avid Democrat (depending upon the locations of the signs) seems not to have been able to decide which platform suits him best. We are not really certain what to make of that, except to state that it would seem he has no particular sense of loyalty.

Walsh has been endorsed by a number of law enforcement agencies; but is also funded in large part by big development within Rockland County, with money coming in from Brooklyn, from Lakewood and from other areas which are currently mired in development controversies.

In 2013, Judge Walsh, in an article entitlted “New York’s Double Dippers” was cited in the Democratic Chronicle as one of the top paid members of the judiciary at that time:

17 state judges collected salaries and pensions last year, the highest earner being Surrogate Court Judge Thomas E. Walsh II, a retired local judge in Haverstraw, Rockland County, and a former county attorney. State records show he earned a $104,687 pension and two salaries — $3,750 from the state Department of Taxation and Finance and $132,260 as a state judge; he’s also an acting Supreme Court judge. His total compensation was $240,698.

We suspect a win for DA would mark him squarely as one of the top paid people in the County, if not the State, when you attach all of his accumulated pension and benefits; but we cannot independently verify how exactly that works, whether or not he keeps other pensions or has to relinquish them. To the best of our knowledge Walsh is no longer paid as a judge, though we are uncertain what other benefits he may be receiving. 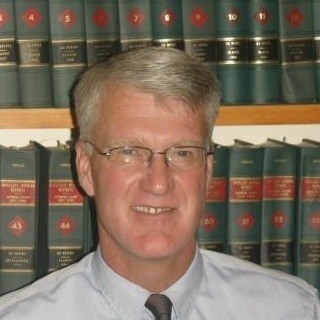 No, It Isn’t Anti-Semitism

In response to “Chassidim Are The Target, Not Overdevelopment” (op-ed, Sept. 13):

Concerns about irresponsible development in Rockland County are not anti-chassidic; “us vs. them” name-calling is counterproductive; and labeling people anti-Semitic when they are simply concerned about the problems they see around them is un-American.

Our nation is great because we welcome diversity and respect everyone’s right to their own religious beliefs. I learned this from my father, who fought in World War II. But religious belief does not give a citizen a free pass to ignore the obligations of citizenship – and one of these obligations is to be an educated citizen.

But an informed, educated citizen also knows it’s wrong to deny children their right to a sound secular education and know it’s wrong to call someone an anti-Semite for supporting core American values.

I am an independent Democrat running for District Attorney in Rockland County who served with the U.S. military in places like Iraq and Afghanistan. I have been part of the fight against religious hatred. And as District Attorney, I will promote the values I outlined above since these values protect all citizens.