A federal judge on Thursday denied bail for Jeffrey Epstein, the financier facing sex-trafficking charges, rejecting his request to await trial under home detention at his Upper East Side mansion.

The judge, Richard M. Berman of Federal District Court in Manhattan, said Mr. Epstein, who owns property in Paris and has a private plane, would be detained in jail until his trial on charges that he sexually abused and trafficked dozens of underage girls in the early 2000s.

Judge Berman emphasized Mr. Epstein’s danger to others, particularly his accusers and “prospective victims as well.” The judge cited what he called “compelling testimony” by two of the accusers — Annie Farmer and Courtney Wild — who said at a hearing on Monday that they feared for their safety and the safety of others if Mr. Epstein were to be released.

Mr. Epstein’s lawyers had proposed allowing him to post a substantial bond and remain in his mansion guarded around the clock by private security guards, whom he would pay. Prosecutors vigorously opposed that proposal, saying he was seeking “special treatment” and trying to build his own private jail — a “gilded cage.”

Judge Berman said that Mr. Epstein’s proposed bail package was “irretrievably inadequate,” and that he would not entertain any other bail proposals from the financier’s legal team.

“I doubt that any bail package can overcome danger to the community,” the judge said. 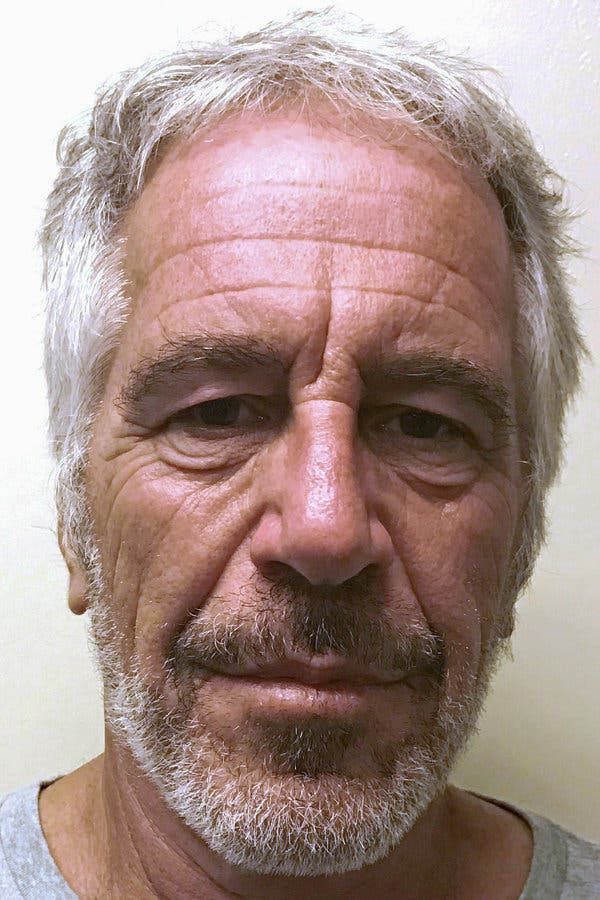 Prosecutors had also argued that Mr. Epstein’s fortune, said to be more than $500 million, would make it possible for him to flee the country if he were not detained.

The judge agreed, pointing to Mr. Epstein’s “great wealth and his vast resources,” including private planes and a residence in Paris.

Ever since his July 6 arrest at Teterboro Airport in New Jersey after a flight from Paris, Mr. Epstein, 66, has been detained at the Metropolitan Correctional Center, a highly secure jail in Manhattan that has housed accused terrorists, mobsters and even the Mexican cartel leader known as El Chapo.

A federal indictment charged that between 2002 and 2005, Mr. Epstein and his employees paid dozens of underage girls to engage in sex acts with him at his homes in Manhattan and Palm Beach, Fla.

The indictment also accused Mr. Epstein of using some of his victims to recruit additional girls for him to abuse. He paid his “victim-recruiters” hundreds of dollars for each girl they brought to him, prosecutors said.

He has pleaded not guilty and has vowed to fight the charges, his lawyers said. If convicted, he faces up to 45 years in prison.

In 2008, Mr. Epstein pleaded guilty to two state prostitution charges in Florida as part of a secret, lenient deal he negotiated with the United States attorney in Miami to avoid federal prosecution. He served 13 months in jail.

Jeffrey Epstein Was a Sex Offender. The Powerful Welcomed Him Anyway. 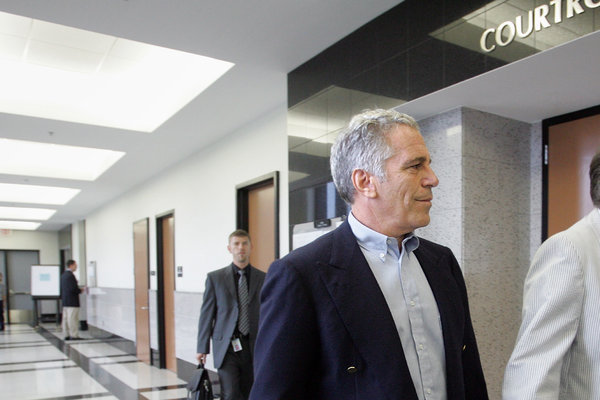 In seeking Mr. Epstein’s detention, prosecutors also sharply disputed his lawyers’ argument that for more than a decade he had lived a law-abiding life. They noted, for example, that he had tried to influence possible witnesses against him as recently as last year.

The prosecutors said Mr. Epstein had wired $350,000 to two people close to him who were potential witnesses just days after The Miami Herald revealed details last November about his deal to avoid federal prosecution in Florida.

EXCLUSIVE: Jeffrey Epstein’s personal pilot poses in one of the $80M fleet of planes pedophile used to seduce underage girls as never-before-seen photos of the updated interior of Lolita Express jet are revealed

Posing with his employer’s $80 million fleet of aircraft, this is Jeffrey Epstein’s long-time personal pilot and the man many believe could hold the key to the billionaire’s sordid lifestyle.

Chief pilot Larry Visoski runs Epstein’s fleet of private jets and helicopters and has flown the hedge fund mogul around the world for 20 years.

And the 59-year-old pilot – nicknamed Capt Big Dawg on his Instagram page – isn’t shy about  showing off his billionaire boss’ expensive toys on his personal social media page.

In one shot, taken in July 2014, he shows the Lolita Express taking off for Seattle.

This comes as DailyMailTV can reveal a series of new photos taken of the upgraded interior of the 50-year-old 727 jetliner. 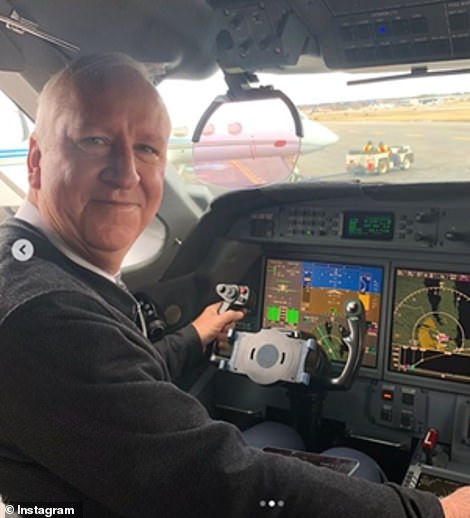 Posing with his employer’s $80 million fleet of aircraft, this is Jeffrey Epstein’s long-time personal pilot Larry Visoski and the man many believe could hold the key to the billionaire’s sordid lifestyle. The 59-year-old pilot has worked for the wealthy pedophile billionaire for 20 years 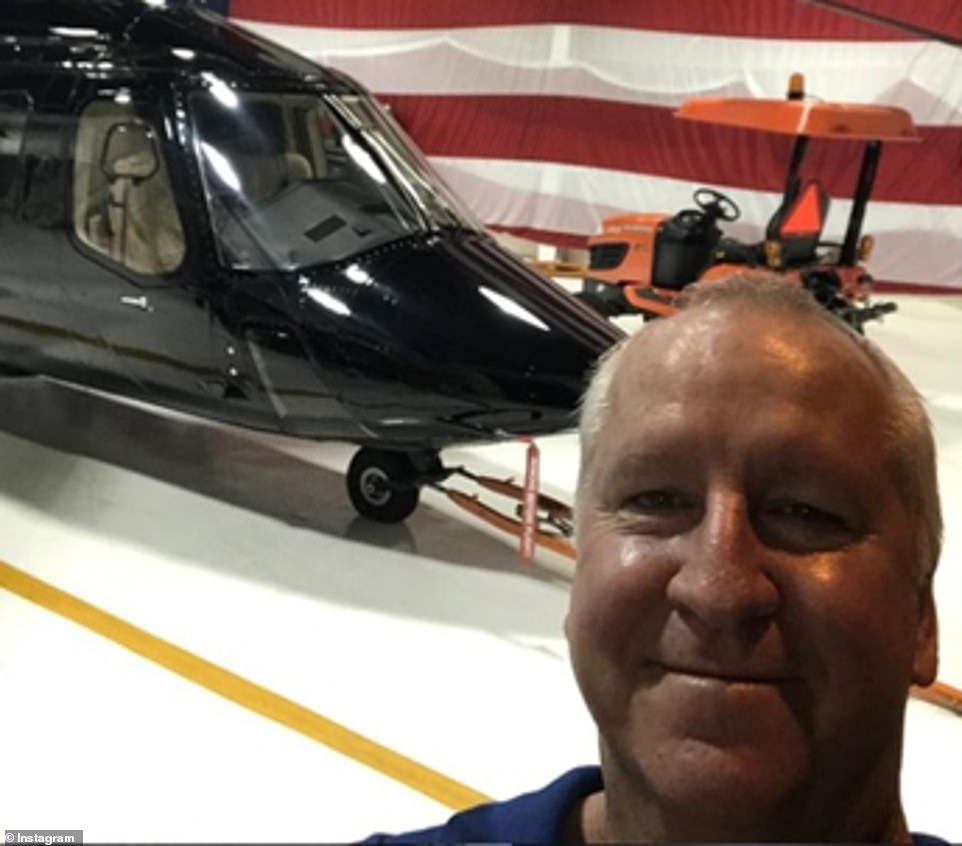 The pilot – nicknamed Capt Big Dawg on his Instagram page – isn’t afraid of showing off his billionaire boss’ expensive toys on his personal social media page, posting this photo posed up in front of Epstein’s Bell 430 executive helicopter, which are sold for $6m new