Waks, now an advocate for Jewish abuse victims, was one of a number of children Cyprys abused at Melbourne’s Chabad Yeshivah centre

END_OF_DOCUMENT_TOKEN_TO_BE_REPLACED

Why the president of RCANZ must stand down

THE leading rabbis of Australia have shown a lack of respect for the Australian legal system by ignoring a ruling of three courts and instead focusing on one dissenting opinion, writes Joshua Levi.

After the Royal Commission into Institutional Responses to Child Sexual Abuse, the rabbis called time on the tarnished Organisation of Rabbis of Australasia and launched the Rabbinic Council of Australia and New Zealand (RCANZ) as a sign the rabbinate was turning over a new leaf.

“We will look to work together with rabbinic and lay leadership to create a robust rabbinate that the entire community can be proud of and we hope to only bring honour to the community,” Rabbi Paul Lewin, the first president of the organisation said when RCANZ was founded.

Rabbi Lewin said the new organisation would help educate members to face the challenges of the modern rabbinate, develop a code of conduct which all members must adhere to, and represent them more efficiently and effectively to the broader community.

There was so much hope that there would actually be reform, but this week RCANZ has failed the community.

Rabbi Moshe Gutnick, the president of RCANZ, was one of four rabbis of the Sydney Beth Din found guilty of contempt of court by the NSW Supreme Court in December 2017.

He should have immediately stepped aside as president, but several leading rabbis told me that it would inappropriate while he appealed the conviction.

In December 2018, two out of three judges ruled against Rabbi Gutnick and the other rabbis in the NSW Court of Appeal.

When the appeal was rejected, several rabbis on the RCANZ executive couldn’t take it any more and resigned.

Mount Scopus principal Rabbi James Kennard was one of those who quit, noting that RCANZ was meant to provide “much-needed rabbinic leadership with integrity, to demonstrate that rabbis could act with professionalism and accountability”, but it failed because Rabbi Gutnick didn’t resign as president.

“There was silence,” Rabbi Kennard said of RCANZ.

“No resignation, no accountability.

“When the appeal against that verdict was rejected, still silence.”

Rabbi Kennard said at the time that RCANZ joined other rabbinic bodies that fail to police themselves and thus fail the community that they purport to lead.

“It is painful to write these words.

“I do not doubt that I will be condemned by some whom I consider my friends and teachers for speaking publicly.

“But I cannot remain silent when the rabbinate of Australia is prevented from fulfilling its primary task – to provide religious leadership to our community – by the refusal of its representatives to act with the highest standards of integrity, which should be the natural hallmark of any who bear the title ‘rabbi’.”

At the time, rabbis quietly told me that because there was an appeal to the High Court of Australia afoot, that it would be inappropriate to comment and that Rabbi Gutnick should be granted his right to appeal.

Well – last week the High Court of Australia refused to hear that appeal and the case has now come to an end.

Thank you to the source of the following letter, sent to LM on the 25th of March, 2019. We apologize for the formatting. The letter was apparently sent out to members of the Yeshivah Center.

Hat Tip to our Source for the following:

To the Yeshivah Center Community – Australia

Dear Members of the Yeshivah Community,

In response to that email, and the assistance I provided to the police and the authorities in relation to incidents of child sexual abuse, including rape, at Yeshivah; my family and I have been subjected to bullying, intimidation and ostracism.

The purveyors of this conduct sent e-mails and used blog sites where they anonymously posted vile and abusive comments, as part of the demonization of victims, advocates and their families. This conduct was part of a wider cultural problem at Yeshivah, that manifested in a dangerous environment for children, as was so painfully and publicly exposed by the Royal Commission into Institutional Responses to Child Sexual Abuse.

The purveyors of this conduct acted under the mistaken and perhaps arrogant belief that their identities would never be discovered and exposed. They arguably demonstrated that they feared man, more than G-d, in stark contrast to their projected ‘religious’ identity and self-proclaimed status as ‘yiras shmoyim’ (G-d fearing Jews).

The Yeshivah leadership belatedly and unreservedly publicly pledged and affirmed including to the Royal Commission, that it had ‘zero’ tolerance for such behaviour and its perpetrators.

Sadly, those representations have proven false. Consequently, the integrity of the institution, and the robustness of the child safety policies has been undermined.

The specific identities of purveyors of this conduct is now known.

Recently, Chabad Institutions of Victoria was provided information relating to the identity of 18 people, whose activity has been exposed as a result of various successful legal actions.

To date, Chabad Institutions of Victoria has failed to act on this information and uphold its public promises.

How could this happen again?’ Why this Catholic abuse scandal seems worse than 2002

(CNN)This is how bad things are in the Catholic Church right now: The Pope’s top adviser on clergy sexual abuse canceled a trip to Ireland for a papal event because he has to investigate sexual misconduct in his own seminary.

And Cardinal Sean O’Malley of Boston, president of the Pontifical Commission for the Protection of Minors, isn’t alone. Cardinal Donald Wuerl of Washington, another key papal ally embroiled in the sex abuse crisis, has also canceled his appearance at next week’s World Meeting of Families, a spokesman told CNN. 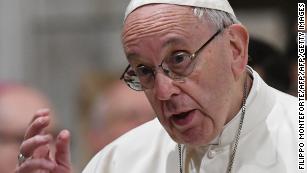 Pennsylvania sex abuse report presents crucial test for Pope Francis
Consider the litany of recent incidents in the Catholic Church:
• Catholic bishops have launched investigations into sexual misconduct in seminaries in Boston, Nebraska and Philadelphia.
• The former archbishop of Washington resigned from the College of Cardinals after accusations that he molested seminarians and an altar boy.
• A Catholic bishop in Australia was convicted by a civil court of covering up abuse, and the Vatican has accepted the resignations of six bishops from Latin America after church investigations.
• An Associated Press investigation found evidence that priests and bishops around the world have abused Catholic nuns and sisters for decades.
• Next week, the Pope plans to travel to Ireland, where the former president, in an interview with The Irish Times, recently accused a top Vatican official of pressuring her to “protect” incriminating church documents from civil authorities in 2003. The Vatican has declined to comment on the allegation.
But none of the above compares to the stomach-turning, nearly 900-page grand jury report unveiled Tuesday in Pennsylvania.
The report, two years in the making, revealed shocking accusations: More than 1,000 children had been abused by 300 Catholic “predator priests” in six Pennsylvania dioceses during the past 70 years.
The report also said some church leaders covered up the crimes, shuffling priests from rehab centers to parishes, giving no notice to parents or civil authorities.
The state’s attorney general called it the largest investigation ever by a US government into the Catholic Church. The president of the US Conference of Catholic Bishops called it a “moral catastrophe.”
“I know that many of you are asking,” Cardinal Blase Cupich wrote to Catholics in his Chicago archdiocese Friday, “how could this be happening again?” 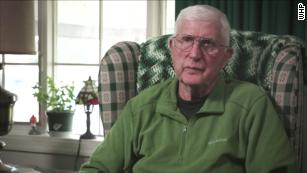 Priest abuse victims detail lifetime of trauma and broken trust
If the Catholic sexual abuse scandal that came to light in 2002 slowly unspooled through news reports, Pennsylvania’s grand jury report landed like an atom bomb, dropping its online horrors all at once. With some redactions, the report was readily available for everyone to read and share: the accusations of sexual deviance, shameless lies and deceitful churchmen.
“What we have now is people freely expressing their outrage on Facebook and Twitter,” said Greg Kandra, a Catholic deacon in Brooklyn, New York. “The anger is palpable. This is like 2002 on steroids.”
To continue reading click here. 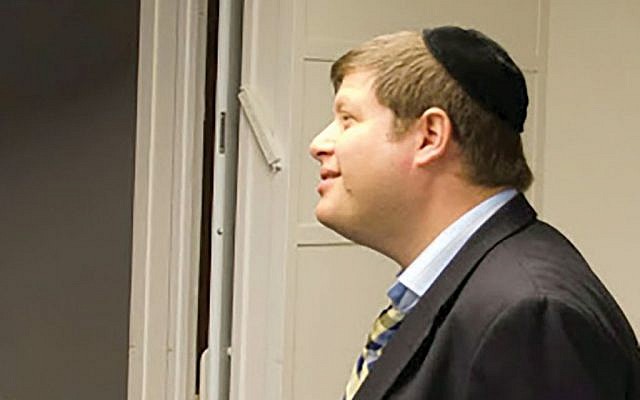 In the wake of a recent child sexual abuse scandal to hit the Jewish community, this time in Baltimore, it is an opportune time to examine similar cases around the Jewish world and reflect on how we have responded to them. Learning from these will help us respond more adequately to such scandals in the future.

For this purpose, I will focus on what has recently transpired in Australia and the United Kingdom.

In 2011, during my tenure as Vice President of the Executive Council of Australian Jewry (ECAJ), I publicly disclosed for the first time that I had been sexually abused as a child by two perpetrators while a student at Melbourne Chabad’s Yeshivah Centre.

While initially applauded by some, this revelation and my subsequent public advocacy on the broader issue of child sexual abuse unleashed a torrent of additional abuse from many quarters, most notably from many within the global Chabad community, including its leaders and their supporters.

The week after the disclosure, Yeshivah’s senior rabbi, Tzvi Hirsch Telsner, asked a question directed at me and my family in his Shabbat sermon: “Who gave you permission to speak?” An Australian Judicial Inquiry, the Royal Commission into Institutional Responses to Child Sexual Abuse, later confirmed that Rabbi Telsner effectively intimidated me and my family (and others) in an attempt to silence us.

The intimidation and cover-up attempts came not just from the Chabad community, the centre of the scandal and investigation. Much of it came from the mainstream Jewish community, including those at the highest levels of leadership. Dr Danny Lamm, then president of the ECAJ, publicly supported Yeshivah’s reactions during the scandal, despite clear evidence that they were behaving unconscionably. The ECAJ recently apologised for its part in the scandal, but Lamm has stubbornly refused to do so

To read the remainder of the article, click here: