We received the following letter to the Editor below. We have been asked to post anonymously and are so doing. We made very few edits, only to correct for grammar and spelling, if necessary.

We do not necessarily endorse the positions the author has taken and our publication should not be deemed to be said endorsement. We always appreciate reader involvement and hope to be able to provide a voice to those who want one, without judgment as to the soundness of the arguments. We wholeheartedly welcome letter like the one below, in the interest of civil discourse.

There is a common thread in many comments, namely that the Haredi community wants “inclusion” but then demands segregation, wants respect but then offers none in return, wants to be able to uphold religious values without upholding civic values and lacks a general civility in many of its practices.

We offer to the Haredi community some insight through these letters. We hope that they will, in the interest of core Jewish values of decency, honesty and integrity, understand that we have been trying to approach these issues respectfully.

LETTER TO THE EDITOR:

Shutting down RUOC and the likes will not change widespread public perception of the Haredi community’s behavior. I am a child of immigrants, a native NYer born on the UES, a 33 year resident of the Jersey Shore and someone who has been very close to individuals from the Jewish community both personally and professionally throughout her life. I have had very close friends in the past from all the segments of the Jewish community – Modern Orthodox, Israeli, Conservative, Reformed and the like. There is nothing in my background that would have been a recipe to breed anti-Semitism. I also have multiple graduate degrees and research publications so I am well educated, well read, and informed. I do not succumb to stereotypes or prejudices easily without examining them thoroughly though I am still human like
everyone else.

END_OF_DOCUMENT_TOKEN_TO_BE_REPLACED

We are not sure that Facebook unceremoniously removed the private group of Rise Up Ocean Count, but as of this afternoon it was gone. So, we would direct you to their website:

Again, while we did not endorse many of the comments on the Facebook page, we admired much of the investigative work that was being done on behalf of the disenfranchised in Ocean County.

We are also firm believers in free speech. We believe that it should not be chilled, neither by lawsuit nor by removal unless there is a risk of violence or a threat of life and limb. We do not like hate speech. We don’t tolerate it here, beyond some measure of allowing people to vent.

Once you go down the silence path, it is a very, very slippery slope that ends somewhere on the cliff of Americans being denied other constitutional rights, due process, for instance. We are also all too aware that money buys almost anything and everyone seems to have a price. We don’t.

Or, Americans who are sick being carted off in boxes.  See Video of Chinese response to Caronavirus here.

We are also of the firm belief that anti-Semitism is a really easy and apparently thorough mantra to sling around when you want to be able to hide criminal endeavors. Scary stuff…. The industriousness of it all is somewhat shocking.  But its use as a mantel on which to hang one’s hat also diminishes the value of the history that gave meaning to that term.

To the 18k + followers of Rise Up Ocean County, we are hereby advising that we will accept stories dealing with fraud and criminal endeavors after independently verifying the research. We will not publish anything based solely on articles in print. We will also try and direct our readers. 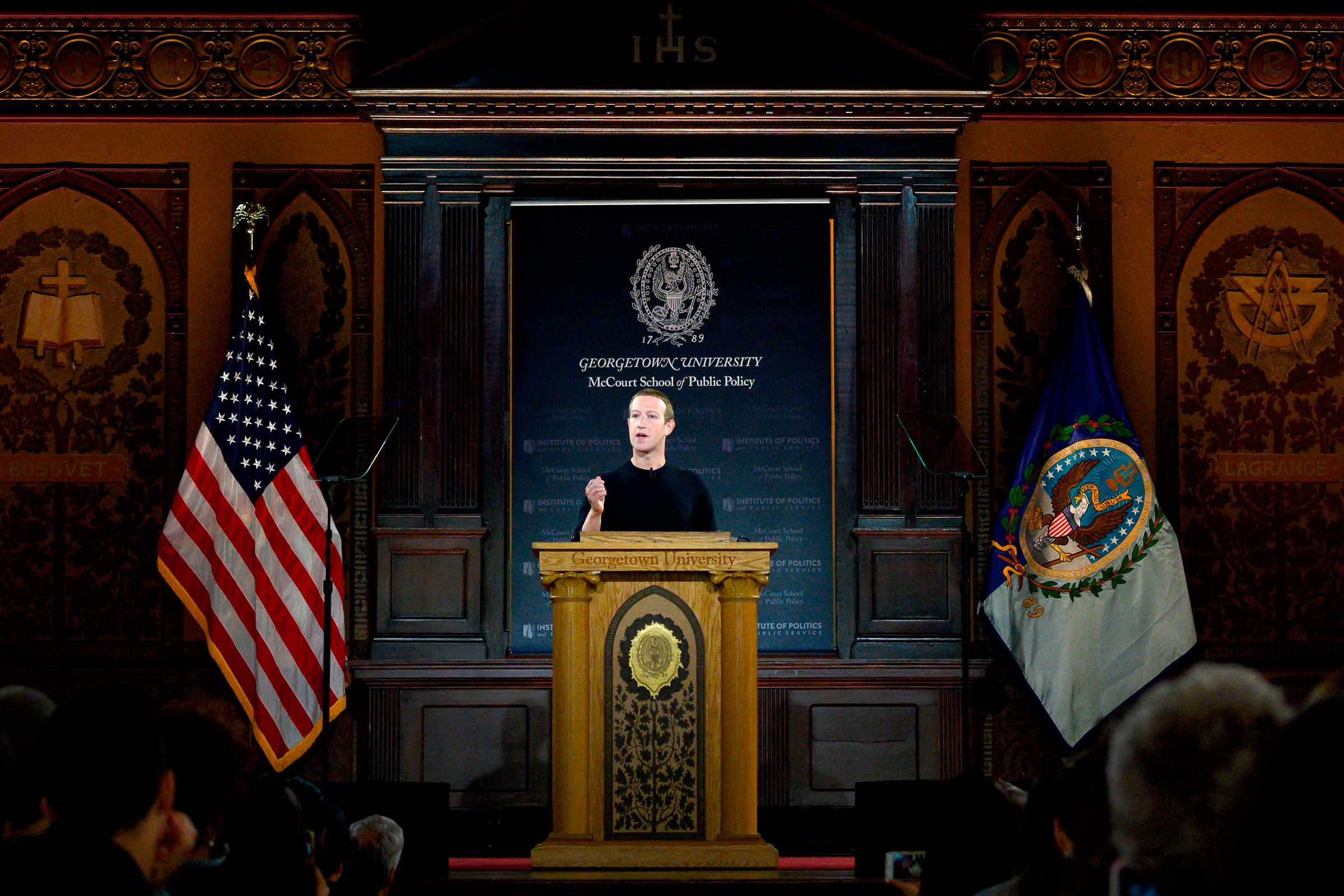 The following is a small portion of a text of commentary addressing comments made by Facebook Founder Mark Zuckerberg during his soiree with Congress. It speaks to the limits of his abilities to, on the one hand, promote free speech and on the other hand continue to run a company without pandering to powerful forces that want speech censored. Conversely, it questions the legitimacy of Zuckerberg’s claims to support free speech when Facebook’s add’s algorithms filter what a viewer sees to guide the direction of speech. We will not address the converse point here.

This blogger wholeheartedly maintains that there is a vast difference between censoring sites that assist terrorist organizations with recruitment (inciting violence or acting toward the commission of a crime) and censoring sites that shine light on the disenfranchisement of an entire community (even if it does, ultimately target a specific group because that’s the lay of the land).

It is one thing to live in a country where speech is not expected to be free so when free speech is permitted, it is a surprise to everyone [China/Russia, for example]. It is a whole other thing to live in a country where the principles of the First Amendment’s freedoms of speech and press which are well tested in the courts, have settled on a summary that speech should always be free unless it incites violence, is used in the commission of a crime or is defamatory. That last one remains free, however, but can be subject to redress and is carved out by the need to defend one’s statements.

In the end the voices of 18K people were not free at all. And, all of the work and research that went into that site, investigatory material that should have been viewed by law enforcement as a means to enforce laws, was chilled. The people on that site were not terrorists looking to recruit. They were not inciting violence. Their speech should have been protected and Zuckerberg should have used that as a cause célèbre for his alleged support of free speech.

END_OF_DOCUMENT_TOKEN_TO_BE_REPLACED

If the AG and Governor of the State of New Jersey Can Restrict Speech and Press at Whim, When Can They Restrict Due Process? When Can They Deny Appropriate Redress? Where Does the Truth Get Blurred?

Could Facebook be held to have facilitated the commission of a crime if leaving the page (Rise Up Ocean County) standing, would have prevented it?

The Attorney General Gurbir Grewal in New Jersey along with the Governor Phil Murphy likely never read the articles or opened any investigations into claims made by Rise Up Ocean County, which investigations had nothing to do with anti-Semitism. Those claims included but were not limited to: basement businesses in private homes not zoned for commercial use, bank fraud, zoning law violations, irresponsible land use and a litany of others.

That the comments on the page were occasionally hateful and vitriolic is a shame and a challenge for any page moderator; but not grounds to remove the page. The State of New Jersey has court rulings that preclude the infringement on any speech that does not incite violence.

The Supreme Court just affirmed that when it comes to the First Amendment, hate speech is not an exception. The ruling was over a federal trademark law that banned people from registering offensive names; the court sided unanimously an Asian-American rock band named the Slants, whose band name was deemed racially disparaging. But many argue hate speech is not the same as free speech — it incites violence and does not warrant constitutional protection. Should hateful speech be protected?

END_OF_DOCUMENT_TOKEN_TO_BE_REPLACED

JACKSON – The developer who proposed building 459 units of housing on South Hope Chapel Road has sued the township and its Planning Board, claiming the plan was rejected because of a “rising tide of anti-Semitism in the township.”

“The board denied the application, bowing to severe anti-Semitic pressure from local residents and fears that Orthodox Jews may purchase homes and reside in the development,” the lawsuit states, “and due to the inclusion in the development of a house of worship that may be used as a synagogue by Orthodox Jews.”

‘Atrocious actions’: Breaking down the letter from Dr. Rich Roberts to Jackson mayor

Gregory P. McGuckin, who served as Planning Board attorney when the Jackson Trails application was discussed, said Tuesday he had not yet seen the lawsuit.

END_OF_DOCUMENT_TOKEN_TO_BE_REPLACED

Political Pressure On Facebook Closes Down ‘Rise Up Ocean County’. Will Rockland County Be Next?

While we do not endorse all of their stories or some of the rhetoric and while we generally do not endorse the comments of many who spoke out on RUOC’s Facebook page, some of which treaded a fine line between general animosity and outright anti-Hasidism, and even crossed that line into anti-Semitism, we cannot stand by the trampling of the First Amendment. The removal of the page is a gut-check and makes one wonder how much hatred that move generated.

Facebook is a public company with public shareholders and should be held to the standards set forth by the Supreme Court, namely that a complete prior restraint of speech (and that of 18K people no less) is unconstitutional. By removing the page, they have indeed chopped out the tongues of 18K followers.

It is disappointing that the speech of 18K people has been tossed to the wind by Facebook when the stories on those pages were helping to right some wrongs within a community, something AG Grewar should have pursued.

It is more than a little bit distressing that Facebook can now direct our thoughts, remove our individual liberties and be controlled by political pandering.

There are numerous Facebook pages that are outright racist in one form or another but do not shed light on the daily disenfranchisement of a community and therefore do not garner enough attention for FB to take down.

Why did the Governor of New Jersey and the Attorney General prefer removing the site by labeling it anti-Semitic rather than investigating the stories covered on those pages? It is really very chilling.

And what does this say about this country?

Facebook has shut down the controversial page Rise Up Ocean County, one the the page administrators confirmed.

The page which has a history of opposing development in Ocean County and of ridiculing the Orthodox Jewish community has been condemned as anti-Semitic by the Ocean County Board of Freeholders, Governor Phil Murphy Attorney General Gurbir Grewal and U.S. Envoy to Monitor and Combat Anti-Semitism Elan S. Carr.

“We just learned that Facebook has decided to take down the public page on the company’s social network called ‘Rise Up Ocean County.’ Facebook’s action comes ten months after the Director of our Division on Civil Rights, Rachel Wainer Apter, first sent a letter to Facebook expressing concerns about racist and anti-Semitic statements on the page. Since then, we’ve consistently and repeatedly made clear our view that the page appeared to violate Facebook’s terms of service, and we appreciate that Facebook has now decided that this kind of hateful rhetoric has no place on its platform.

“There remains much that should be done to stop the spread of hate on the Internet. The Murphy Administration will continue to call out hate whenever and wherever we see it, we will persist in demanding meaningful reforms to address the proliferation of hate online, and we will continue working to make New Jersey a safe and inclusive place for all of our residents.”

The administrator of the page said the facebook’s decision shut down the page is being appealed, but that he does not expect it will be reversed. He issued the following statement on the group’s webpage:

The Heavy Hand of Censorship Has Fallen