A Breeding Ground for a Fatal Scourge: Nursing Homes

Maria Davila lay mute in a nursing home bed, an anguished expression fixed to her face, as her husband stroked her withered hand. Ms. Davila, 65, suffers from a long list of ailments — respiratory failure, kidney disease, high blood pressure, an irregular heartbeat — and is kept alive by a gently beeping ventilator and a feeding tube.

Doctors recently added another diagnosis to her medical chart: Candida auris, a highly contagious, drug-resistant fungus that has infected nearly 800 people since it arrived in the United States four years ago, with half of patients dying within 90 days.

At least 38 other patients at Ms. Davila’s nursing home, Palm Gardens Center for Nursing and Rehabilitation in Brooklyn, have been infected with or carry C. auris, a germ so virulent and hard to eradicate that some facilities will not accept patients with it. Now, as they struggle to contain the pathogen, public health officials from cities, states and the federal government say that skilled nursing facilities like Palm Gardens are fueling its spread.

“They are the dark underbelly of drug-resistant infection,” said Dr. Tom Chiller, who heads the fungal division at the Centers for Disease Control and Prevention, speaking about skilled nursing facilities, particularly those with ventilated patients, but not Palm Gardens specifically.

Such nursing homes are playing a key role in the spread in New York, where 396 people are known to be infected and another 496 are carrying the germ without showing symptoms, according to public health officials. In Chicago, half of patients living on dedicated ventilator floors in the city’s skilled nursing homes are infected with or harboring C. auris on their bodies, said Dr. Allison Arwady, the acting commissioner of the city’s Department of Public Health.

Much of the blame for the rise of drug-resistant infections like C. auris, as well as efforts to combat them, has focused on the overuse of antibiotics in humans and livestock, and on hospital-acquired infections. But public health experts say that nursing facilities, and long-term hospitals, are a dangerously weak link in the health care system, often understaffed and ill-equipped to enforce rigorous infection control, yet continuously cycling infected patients, or those who carry the germ, into hospitals and back again.

They are caldrons that are constantly seeding and reseeding hospitals with increasingly dangerous bacteria,” said Betsy McCaughey, a former lieutenant governor of New York who leads the nonprofit Committee to Reduce Infection Deaths. “You’ll never protect hospital patients until the nursing homes are forced to clean up.”

[Read our other stories in our series on drug resistance, Deadly Germs, Lost Cures.]

The story is far bigger than one nursing home or one germ. Drug-resistant germs of all types thrive in such settings where severely ill and ventilated patients like Ms. Davila are prone to infection and often take multiple antibiotics, which can spur drug resistance. Resistant germs can then move from bed to bed, or from patient to family or staff, and then to hospitals and the public because of lax hygiene and poor staffing.

These issues have also vexed long-term, acute-care hospitals, where patients typically stay for a month or less before going to a skilled nursing home or a different facility.

A recent inquiry by the New York State Department of Health found that some long-term hospitals grappling with C. auris were failing to take basic measures, such as using disposable gowns and latex gloves, or to post warning signs outside the rooms of infected patients. At one unnamed facility, it said, “hand sanitizers were completely absent.”

Officials at the 240-bed Palm Gardens did not respond to repeated requests for comment. Over the past year, the number of patients who were infected with or were carrying C. auris there grew to 38 from six, according to a nurse there and public health officials. The tally has now fallen into the high 20s after some patients died or moved elsewhere.

The New York health department issued a statement in response to queries from The New York Times: “The Department of Health has made controlling the spread of C. auris a high priority and has conducted extensive training and education on infection control policies and procedures for Palm Gardens and other nursing home providers throughout this region. The health and well being of nursing home residents is our primary concern and we take complaints regarding quality of care very seriously.”

Scientific research on nursing homes and drug resistance is sparse, but some recent studies offer evidence of the problem. A study published in June in the Journal of Clinical Infectious Diseases found that patients and residents in long-term care settings have alarmingly high rates of drug-resistant colonization, which means they carry the germs on their skin or in their bodies, usually without knowing it, and can pass them invisibly to staff members, relatives or other patients. Elderly or severely ill people with weakened immune systems who carry the germ are at high risk of becoming infected. (Health officials in New York state said 14 percent of those now infected started out carrying it and then developed symptoms).

To continue to the New York Times to read the article in its entirety click here. 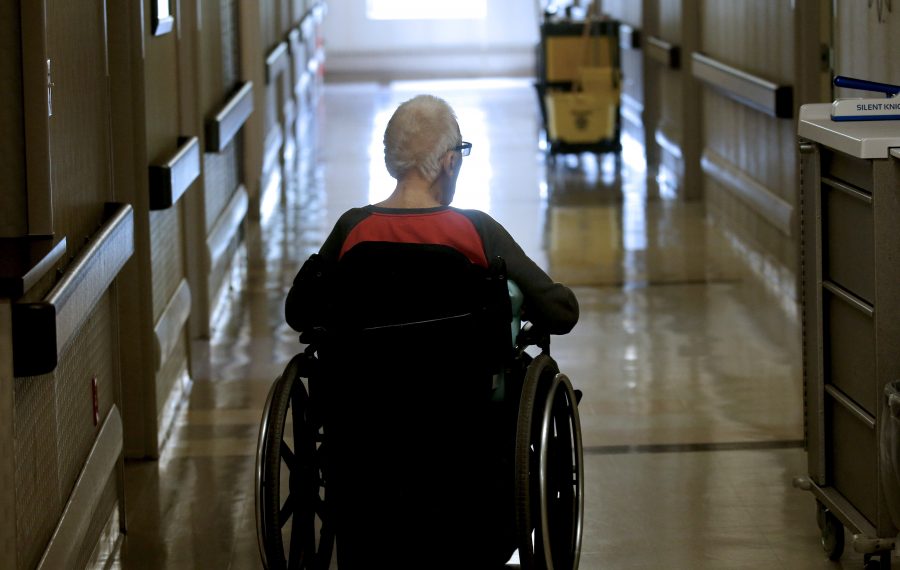 An Absolut nursing home in Orchard Park will close as its owner, Absolut Facilities Management, seeks Chapter 11 bankruptcy petition while it reorganizes, the company announced Wednesday.

Absolut did not announce a date for the closing of its Absolut Center for Nursing and Rehabilitation at Orchard Park, a 202-bed facility with about 185 residents.

The state Health Department on Wednesday approved a closure plan for the Absolut nursing home, said Jeffrey Hammond, a spokesman for the agency.

“The Department of Health will work to ensure that all residents have been placed in other facilities providing the appropriate levels of care, as required by the closure plan,” Hammond said.

The Health Department would not provide The Buffalo News on Wednesday with a copy of the closure plan it approved. Generally, the Health Department requires nursing homes that plan to close to continue operations until the last resident is relocated.

The Orchard Park nursing home is one of the lowest-rated nursing homes in Western New York. It has an overall rating of one star, or much below average, from the federal government. The nursing home has been cited by the Health Department for numerous deficiencies in recent years, but it has not been fined in the past three years.

Absolut, which operates a chain of nursing homes in New York State, and some of its subsidiaries filed for bankruptcy protection Tuesday in New York City, the company announced.

“These actions were taken in an effort to help the company financially reorganize itself and better position itself for the future,” the company said in a news release. “Similar to many other companies that have successfully utilized the Chapter 11 process to restructure their finances, the company expects to emerge from bankruptcy stronger than before.”

Absolut will keep open the company’s other nursing homes – in East Aurora, Gasport, Allegany, Painted Post and Westfield – as well as an assisted living facility in Orchard Park, the company announced.

Absolut’s seven facilities employs 975 people and generate revenues of $83 million, according to its bankruptcy filing. The Orchard Park facility that is scheduled to close has about 234 employees and recorded revenues of $18.1 million in 2018, down from $18.6 million the year before, according to the filing.

Absolut purchased the Orchard Park nursing home, along with other nursing homes in the Buffalo region, in 2007, beginning a wave of local nursing home purchases by investors from the New York City area.

“As we have seen in recent days with the announcement of the closing of Newfane Hospital, health care generally, and specifically long-term care, faces significant challenges,” said Israel Sherman, CEO of Absolut Care. “We are very confident that we will emerge a much stronger company after these legal proceedings are concluded. It is our expectation that during this process that patient care, our employees and our commitment to excellence will remain our top priority.”

The following is a review of the Abington of Glenview Nursing Facility:

GLENVIEW, Ill. (WLS) — Two nursing home aides in north suburban Glenview have been fired and charged after a Snapchat video showed them taunting a 91-year-old woman with dementia.

Margaret Collins’ family is outraged, and taking legal action. The family’s lawsuit seeks more than $1 million in damages and alleges the nursing home, despite that video, turned a blind eye.

In the video Collins appears to be in distress, arms flailing as she pushes away a hospital gown.

“She’s waving her arms because of one reason. She doesn’t have mobility to get away. That’s the only option she has to protect herself,” said Tom Collins, her son.

Collins’ family said the great grandmother has dementia, and was known by workers at the Abington nursing home of Glenview to dislike hospital gowns.

The video of the encounter, four days before Christmas, was posted to Snapchat with the caption “Margaret hates gowns” and two laughing face emojis.

The family is now suing the Abington and the two nursing assistants, Brayan Cortez and Jamie Montesa. Cortez and Montesa are also charged with misdemeanor disorderly conduct.

“Margaret’s privacy was clearly violated,” said John Perconti, attorney for the family. “They had no right to have cell phones in there.”