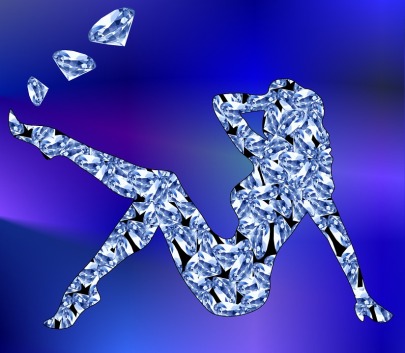 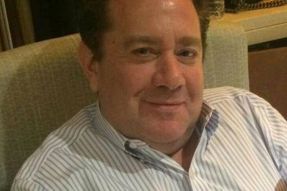 TO THE U.S. SECURITIES AND EXCHANGE COMMISSION, TO THE U.S. ATTORNEY’S OFFICE, TO THE DEPARTMENT OF JUSTICE – ANYONE HIRED BY PLATINUM IS PAID BY PLATINUM….

GET YOUR OWN INVESTIGATORS IN TO OVERSEE THE LIQUIDATION!!!! THERE IS MONEY – A LOT OF IT…LOOK TO THE CHABAD COMMUNITY AND FOLLOW THE TRAIL…

The event driven investments into life insurance policies likely came from the Shlomo Rechnitz nursing homes in California – a scheme to invest in the death of people who signed policies without knowing what they were signing.

Black Elk was a mining venture – the investors lost millions in oil mines.

Africa Israel and Lev Leviev were connected to Platinum Partners, as was Jona Rechnitz who worked for Leviev and introduced Seabrook and Peralta to Platinum.

Donations and money, programs and prestige was filtered through the Simon Wiesenthal Center and other quasi “philanthropic” but in no means altruistic donations.

There is a trail…. The little stones are still waiting on the path to be found…

It is our firm position that Murray Huberfeld, David Bodner, their families, their foundations, their wives are sitting on cash and diamonds slowly but surely skimmed and hidden. We believe, based upon credible sources, that Huberfeld’s plea will allow him to return to immense wealth and allow his family and that of Bodner to live in luxury in the meantime.

YOU MUST FOLLOW THE MONEY. LOOK AT THE INVESTMENTS. IT’S IN GEMS AND IN OIL WELLS – BLACK ELK… 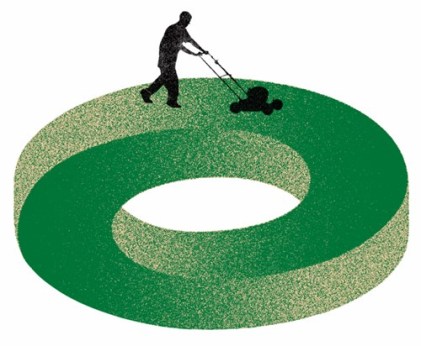 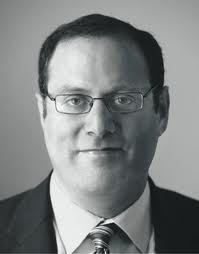 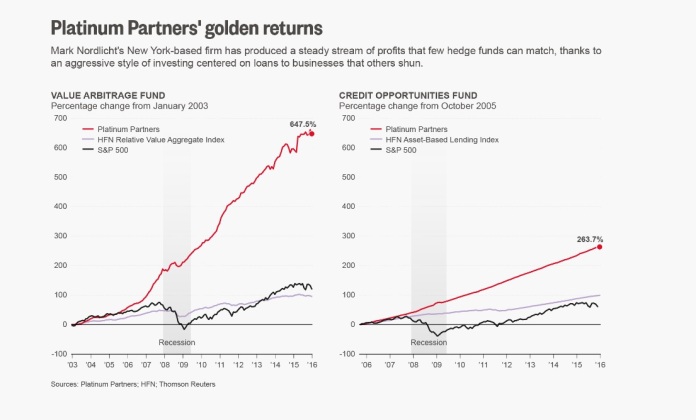 Platinum Partners has hired an independent monitor to oversee the liquidation of its two main hedge funds amid investigations by U.S. authorities, according to a letter sent to investors on Wednesday.

The U.S. Securities and Exchange Commission (SEC) has requested information from New York-based Platinum, according to a person familiar with the situation.

The U.S. hedge fund manager said last month it was likely to return the assets of its largest and oldest fund to clients following the arrest of a longtime associate on allegations he orchestrated a $60,000 cash bribe to secure an investment from a New York City union.

The SEC probe comes on top of a Department of Justice inquiry and a raid by Federal Bureau of Investigation agents last month. The focus of the various reviews was unknown and it was not clear if they are related.

To ensure the assets from its funds are distributed fairly, Platinum has hired Bart Schwartz of Guidepost Solutions to “assist…with the development and implementation of a plan for the orderly liquidation of the Funds under management,” according to a letter he sent to Platinum clients.

Guidepost will also report to the SEC at least monthly, Schwartz wrote in the letter, which was seen by Reuters. The communication with the SEC will include the sale of assets from Platinum’s portfolios and any potential violations of federal securities law, he wrote.

Platinum, founded and led by Mark Nordlicht, has produced exceptional profits for investors since it launched in 2003. But the firm’s strategy of lending to troubled companies carries risks that have scared away many large investors. (See Reuters Special Report on Platinum from April 2016: here)

Platinum’s investors have been rattled by the arrest of longtime firm associate Murray Huberfeld on wire fraud charges related to a separate New York City corruption investigation by the U.S. Department of Justice. Huberfeld plans to plead not guilty, according to his attorney.

The firm recently blocked redemptions from its flagship Value Arbitrage fund and told investors they would not receive anything until at least 2017, according to Robert McIver, a Platinum client who has requested his money back.

The source who said the SEC was investigating the firm also said it would remain in business despite the gradual liquidation of the Platinum Partners Value Arbitrage Fund and the Platinum Partners Credit Opportunities Fund. The two funds contain the large majority of Platinum’s assets, about $1.35 billion as of April.

The source declined to be identified because the information is private.

“Bart Schwartz will play a key role in ensuring that investors’ best interests are served as we monetize the funds and meet redemptions,” Platinum said in an emailed statement. “His standing with the investment community, regulators and law enforcement is beyond reproach and we’re very pleased to have his assistance.”

Schwartz was chief of the criminal division in the Department of Justice’s Southern District of New York and more recently worked as the appointed receiver of hedge funds run by J. Ezra Merkin that invested in Bernard Madoff’s Ponzi scheme and a compliance consultant for the Department of Justice to monitor Steven Cohen’s Point72 Asset Management. 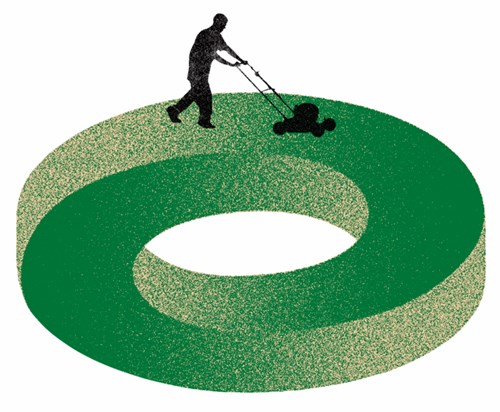 The other day we posted an article on Platinum Partners and one of many lawsuits pending against the company. Of particular interest for the purposes of this article is New Mountain Finance Corporation v. Platinum Parnters Value Arbitrage Fund. Key to the subject litigation is whether or not Platinum Partners is solvent.

We firmly believe that Platinum Partners is not solvent and that the partners have fully and completely drained the company of its finances through a series of shade and highly complicated deals.

It would appear from the interchange in the transcript we have posted below that the judge (in red) does not disagree, or at least wants to watch as the game plays out. In fact, the interchange regarding the secured versus unsecured 30$M debt is rather amusing.

The transcript can be viewed below and we have provided links to the entire NYS Court Website for review of the entire case.

25 MR. OLIVER: Your Honor, there’s no evidence
26 that money is being dissipated because they won’t give us

2 access to any financial information at all and that’s
3 access that we’re entitled to under this contract. So
4 respectfully to counsel, he’s trying to force us to prove
5 the negative. And that, in addition to the concerns your
6 Honor noted about the value of the fund and this
7 voluntary wind-down proceeding at their own pace, we have
8 real serious concerns about what’s going on within this
9 entity, which is what motivated us to send a letter under
10 Cayman Islands law in the first place.
11 If counsel is prepared to stipulate on the
12 record that there will be no dissipation of assets, no
13 transfers, no distributions, you know, maybe that’s
14 something we can talk about that factors into a bond.
15 But we have very serious concerns about the value of
16 those assets, how they’re going to be treated and whether
17 there’s going to be anything left for us at the end of
18 the day.
19 And I hear counsel loud and clear with respect
20 to the solvency, but if they’ve got over a billion
21 dollars in assets, why didn’t they pay us the
22 seven-and-a-half million and why can’t they pay the 30?
23 It’s peanuts in comparison to what the total amount of
24 the assets that they’re claiming.

25 MR. EISEMAN: There is a real dispute here,
26 your Honor. They keep talking like they’ve proved their

2 case, which they haven’t done, we owe the money and we
3 haven’t paid it; that’s not case. They chose to bring
4 this to summary judgment in lieu of complaint. We’re
5 opposing that. We believe we’ve raised real issues with
6 respect to that which we heard on July 7th.
7 Right now, they’re asking you to post a bond in
8 an amount that’s based on their speculative concern that
9 something’s going to happen with respect to this fund.
10 And there is not a single piece of evidence in the record
11 to support that.
12 So I would ask the Court —

13 THE COURT: Well, let me ask you this: Are you
14 willing to state on the record that the fund doesn’t
15 intend to liquidate or sell off assets or file for
16 bankruptcy protection or do any of those things that
17 would put this billion dollars that you say the fund is
18 worth? I mean, the way that you’re speaking is as if the
19 plaintiff has got nothing. I haven’t seen then any proof
~0 from you that the fund is worth a billion dollars. As
21 far as I know, the fund is worth five cents. I have no
22 idea. I do see a lot of press about some very crazy
23 things going on. I agree with you that those are all
24 hearsay, but you haven’t put up a piece of paper that
25 assures me that the fund has a billion dollars either.
26 So I go back and I ask you: Are you willing to

2 state on the record that none of that will happen between
3 now and, say, the end of this case?

4 MR. EISEMAN: I would have to ask my client.
5 Obviously, if I can make that representation, I’m happy
6 to go make that call.

7 THE COURT: Make the call please.

8 MR. EISEMAN: Let me make sure what it is that
9 you would want them to say.

10 THE COURT: No liquidation, no bankruptcy
11 filing —

18 THE COURT: Absolutely. Right? So why should
19 they take the risk?

20 MR. EISEMAN: Because that’s what happens in
21 bankruptcy. Every non-secured creditor —

22 THE COURT: Absolutely not true if they went to
23 the Cayman Islands right now and forced you to liquidate
24 right today. If they filed — if I can let them continue
25 in the Cayman Islands, it’s a whole different situation;
26 that’s my point. You filed bankruptcy here in New York.