“Israel’s Attorney General Avichai Mandelblit said Mr. Netanyahu will be charged with bribery, fraud and breach of trust in connection to three corruption probes known as Cases 1000, 2000 and 4000. Mr. Netanyahu allegedly traded official favors for flattering news coverage as well as gifts worth hundreds of thousands of dollars, including pink champagne, cigars and jewelry. The bribery charge, a key element of Case 4000, is the most serious and, if convicted, Mr. Netanyahu could face up to 10 years in prison. The lesser charges could result in three to five years in jail.” WSJ

— @jaketapper: “I’m sure this will alarm all of those who profess to be concerned about corruption abroad.”

NYT JERUSALEM BUREAU CHIEF DAVID HALBFINGER: “There were already signs of unrest in Mr. Netanyahu’s right-wing Likud party, as a popular younger lawmaker, Gideon Saar, called Thursday for a primary contest for prime minister, and said he would be a contender.

“Even if Mr. Netanyahu fends off intraparty challengers, and assembles a viable coalition in Parliament, Mr. Plesner said that the Israeli president, Reuven Rivlin, might balk at assigning him the task of forming a government while he awaits trial. In addition, critics are expected to petition the Supreme Court to rule that Mr. Netanyahu must step down.” NYT

It seems that R’ Zalman Leib Teitelbaum, Williamsburg Rebbe will be getting a taste of his own medicine …he isn’t going to like this one bit ..
There isn’t a block in Meah Shearim that doesn’t have posters plastered against the Satmar Rebbe ….

The plan, which was rejected by environmentalists, architects and local Palestinians, has long been disputed by critics who say a transition government shouldn’t approve it

Israel’s Housing Cabinet approved on Monday the controversial construction plan of a cable car to the Western Wall in Jerusalem’s Old City.

The decision to green light the project came despite an urgent inquiry sent several days ago by the plan’s opponents to Attorney General Avichai Mendelbit in which they argued that a project of such importance cannot be approved by a transition government.

Last week, Mendelblit’s aides replied that the matter is being looked into, but in the meantime the Housing Cabinet approved the plan, which still needs to undergo a procedural approval by the government. The plan’s opponents intend to petition the High Court of Justice against it.

The plan has drawn widespread opposition from architects, local Palestinian residents and environmentalists who criticized the expected damage to the historic landscape of the Old City. In addition, critics say the cable car won’t solve the area’s transportation and access problems.

Nevertheless, the plan was fast-tracked by the National Infrastructure Committee and promoted by the Tourism Ministry and the Jerusalem Development Authority.

According to those objecting to the plan, the cabel car project was promoted by the National Infrastructure Committee and not by the District Planning Committee in order to more easily fend off objections to the plan.

The 1.4-kilometer cable car line will begin at the First Station compound, passing over the neighborhoods of Abu Tor and the Valley of Hinnom, then through the Mount Zion parking lot and from there to its last stop, the Kedem visitor center in the Silwan neighborhood. From the Kedem center, visitors will proceed on foot to the Western Wall. 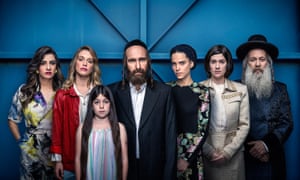 ‘This is the reality that currently exists in Israel,’ says the creator of Autonomies

War rages in the heart of the Middle East. Jerusalem is captured. Concrete walls go up, and a deep distrust spreads across the holy land.

The well-worn tale is used as the backdrop to multiple Israeli television dramas. Yet for one show, it is not Arabs and Jews who are doing the fighting, but Jews and Jews.

Currently touring film festivals across the world, the six-part series Autonomies envisions a clash between secular Jews and the deeply religious ultra-Orthodox, or Haredi, Jews.

In this vision, set in the near future, civil war has cut the land into two countries. The coastal State of Israel is nonreligious, with the cosmopolitan city of Tel Aviv as its capital. Jerusalem is a walled, autonomous city-state, run by Haredi rabbis.

At first glance dystopian, the show is in fact an artistic extrapolation of real-life rifts in Israeli society. Many Israelis increasingly see secular-Haredi disaccord about the future of the state as a greater concern than the Palestinian issue, and fear it could tear the country apart from the inside.

Earlier this year, disagreements between secular and religious politicians shattered attempts to form a coalition government and dragged the country into a second round of elections. On 17 September, Israelis will go back to the polls following a campaign in which political parties have sought to exploit internal animosity.

Yehonatan Indursky, an Israeli filmmaker who wrote Autonomies with the writer Ori Elon, says the show takes divisions in Israel “to extremes, and tries to show what can happen if we do not wake up and try to find the way to live together and respect one another’s way of life”.

The drama’s protagonist, Broide (played by Assi Cohen), is a Haredi man who moves contraband, smuggling pornography and books banned by the religious authorities into Jerusalem. He is one of a few who crosses between the two sides and is soon caught up in a controversy that could reignite the war. 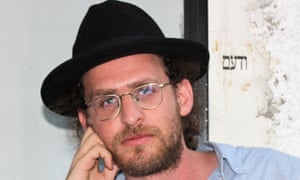 The series comes off the back of the writers’ hit Netflix show Shtisel, which received acclaim for sensitively and lovingly portraying Haredi family life, and has been renewed for a third season. Autonomies instead paints a much bleaker scene.

“Autonomies gives a kick in the stomach. And sometimes it is painful and hard to watch,” Indursky said.

What is fascinating for many viewers is how similar the setting of Autonomies appears. Israelis today lament a nation already divided, with the Haredim often living in their own neighbourhoods, women covering their hair with wigs and men wearing black coats and hats.

To secular outcries, ultra-Orthodox politicians have sought to ban public transport and other activities on the Jewish holy day of rest, and outlaw non-kosher food in supermarket chains. They feel their way of life is under threat.

Meanwhile, resentment against them focuses on hefty government stipends given to the community, as many men do not work but study religious texts. Almost half live in poverty.

Indursky grew up in an ultra-Orthodox family in Jerusalem but has not been part of the community for years, although he keeps close links with family and friends. He said he had received two main responses from Israelis to the series, both of which saddened him.

“One possible answer is that this is really not a dystopia but rather a utopia,” he said, adding some viewers backed the idea of separate countries to end seemingly irreconcilable differences.

“The second possible answer is that this is not a dystopia – this is the reality that currently exists in Israel. And in a way, that’s part of what we wanted to show through the series.”

The fissure between secular and ultra-Orthodox communities has already spiralled to the point that it ignited a political crisis this year.