Hat Tip to the tipster.

We are posting this due to the underlying allegations of fraud and potentially other corporate violations.

While we do not agree with the assertions regarding the Beit Din (namely that the use of civil courts is prohibited and in violation of Jewish tenets), there are rabbis who believe wholeheartedly in this method of dealing one Jew to another and we will not criticize or judge.

The aggrieved parties are entitled to recourse for what has happened here, something we hope to assist in achieving.

Please read the letter to the community from Mabbi Nissim Makor of Pirchei Shoshanim.

We are interested in anything else you can provide.

END_OF_DOCUMENT_TOKEN_TO_BE_REPLACED 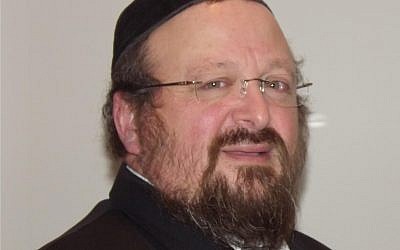 Read on for article

Last week, the Court of Appeal in Sydney rejected an appeal by the Sydney Beth Din against a verdict of being guilty of contempt of court. The Beth Din responds.

The Sydney  Beth Din appealed against a NSW Supreme Court decision finding the religious judicial body guilty of contempt of court when threatening sanctions against a member of the community who refused to appear before it.

The 2-1 decision was reached by three judges one of whom dissented.

The December 2017 case involved a summons issued by the Beth Din on a Sydney businessman who was involved in a commercial dispute in which the other party had sought the matter being dealt with by the Beth Din. When the observant businessman refused to appear the Beth Din, its judges threatened religious religius sanctions and he took the case to civil court. The Supreme Court decided the threat of sanctions had been a contempt of court and found the four Beth Din rabbis guilty, imposing total fines of $50,000 when the decision was announced in April 2018 and costs.

Until today the Beth Din has refrained from commenting publicly on any aspect of this matter awaiting the outcome of the Appeal.  This has now occurred.

According to Jewish law, the halachically correct forum for disputes between Jews to be heard is at a Beth Din.  This is a fundamental tenet of our faith as expressed in the first verse of Parshat Mishpatim and is undisputed by any Orthodox halachic authority.  The proposition expressed in the NSW Court of Appeal’s majority judgement that there may be an alternative halachic view is simply erroneous.

On the basis of the halachic principle stated above, an individual was summonsed to Beth Din. He then refused to come.  The Beth Din warned the respondent that there would be religious consequences if he refused to attend a Beth Din thereby evading his religious responsibilities both to the complainant and to God, particularly as he claimed to be an observant Orthodox Jew.  The Beth Din offered to refer the dispute to an alternative Beth Din if for whatever reason he was not willing to have it heard by the Sydney Beth Din.  The forewarned sanctions were purely religious in nature.

He refused to attend and instead commenced proceedings against the Beth Din seeking to injunct them from imposing the sanctions and hearing the dispute.

At the first hearing, the primary judge, not the plaintiff, raised an issue that had not been raised before, namely, the issue of contempt of court.  Until that point in time, the Beth Din believed it had always acted within the parameters of its freedom to practice the Jewish religion in Australia.  The Sydney Beth Din’s practice was no different from the practice of any other Beth Din anywhere in the world.  We believed that contempt was only an issue if there was a case afoot, and the Beth Din tried to interfere with that case.  In fact, in practice when cases of that kind arose the Beth Din never involved itself at all.

There was no such case here.  There was not even any case contemplated.  Notwithstanding this, the primary Judge found, that the Beth Din’s issuing of a summons, accompanied by a threat of sanctions if it was not complied with, constituted an act of contempt and was an affront to the Australian legal system and the administration of justice.  He imposed significant fines and costs.

The Beth Din along with many supporters of religious freedom believed his judgment was wrong and curtailed our religious freedoms.  Why could we not issue religious sanctions for a religious transgression?  The sanctions were purely religious in nature and only affected persons who were equally religious. Almost all religions in Australia apply religious sanctions for those who transgress the religion and the ability of a religious authority to regulate the conduct of its believers is an essential aspect of freedom of religion.  Our belief was that if someone refuses to go to a Beth Din in contravention of the tenets of the Jewish religion they should have to wear that decision and face any religious consequences without a civil court interfering in what are purely Jewish religious processes.  We were always of the view that our right to freedom of religion meant the courts will not interfere in what are purely religious matters.  Would a civil court ever interfere in whether or not an individual is afforded communion in a Christian church?

Justice McColl who gave the dissenting judgement in the NSW Court of Appeal found in the Beth Din’s favour recognising the fundamental right of freedom of religion and seeking to protect that freedom from interference from the courts.  She further stated, relying on legal precedent, that matters of Jewish Law should be determined by Rabbis expert in Jewish Law, not by the courts.  She proposed the appeal be upheld with all costs paid by the respondent.

Despite the majority finding otherwise, and with the greatest respect to the two judges, we the Beth Din know what our intentions were.  They were never to act in contravention of Australian law nor were they intended to force anyone not to attend a civil court.  Indeed it has always been the Beth Din’s policy to never issue sanctions once a matter is before the courts.  The Beth Din, on the other hand, did believe it was its right to practice as Batei Din do around the world, and to issue sanctions against an Orthodox Jew who acted in contempt of the Beth Din and the whole Orthodox community’s religion by failing to attend on summons.

The Beth Din acted purely out of its religious conviction believing that what it was doing was its obligation, was legal and was an expression of our religious freedom.  It is heartened that Justice McColl saw it that way too.

The effect of the majority decision, which the Beth Din will, of course, abide by, is that it sets a precedent that affects not just all of our ability, as Jews, to freely practice our religion, but also potentially any religion.  It sets a precedent that the courts are able to interpret and determine how religious law is to be applied contrary to the determination of the ecclesiastical courts of that religion.

In practical terms, going forward, this means that the Beth Din will no longer be in a position to issue religious sanctions on civil matters.  We will be curtailed in issuing sanctions for Gett refusal, something that has been manifestly helpful in the past.  Subject to any further appeal that may take place, the Beth Din will be meticulous in adhering to this judgement.”

J-Wire understands that the Beth Din has not announced if it will seek leave to appeal to the High Court.

To read the Article in its entirety click here.