“YWN is pleading with our readers to do anything they can to get the Monsey Minyanim – and the Minyanim in Boro Park, Flatbush, and Lakewood TO STOP.

People are committing mass murder by having these Minyanim.”

We are posting the entire post of the death of 39 Year Old Lip Friedrich Z”L. He left behind a wife and 6 children, the youngest of which is only five weeks old. That is a tragedy.

The Satmar Kehilla of Monsey has an obligation to support the wife and children, in our opinion, just like the families of suicide bombers. We take the viewpoint that if every member did not test negative or suffer from Covid-19 and survive, each member is a walking killing machine and should be viewed as such. Any coordinated prayer group that cannot affirm that all members are negative, have not been exposed to anyone or have survived Covid-19 is no different than a group of bio-terrorists. The religious affiliation is irrelevant.

We note that Yeshiva World News should contact us if they want us to remove their post as they likely do not support this page, except to the extent we apparently now agree on the magnitude of shutting down communal prayer. And, we hold to that position whatever the religious viewpoint.

We note that there is a Yiddish WhatsApp circulating, of which we have a copy, that tells where a Minyan is to be held, asking people to attend to say prayers for people (Tehillim). This is simply a request to spread a virus and is highly irresponsible.

We wish our deepest condolences to the families of all of the victims of Corona.

YWN regrets to inform you of the tragic Petira of Lipa Freidrich Z”L of Monsey. He was 39.

The Niftar was a perfectly healthy young man with no prior medical condition. He tested positive for COVID-19 three days ago and was in isolation at home.

This morning he had severe shortness of breath and Monsey Hatzolah was called. Paramedics intubated him and he was placed on a respirator at Good Samaritan Hospital. Unfortunately, he was Niftar 2 hours later.

The Niftar was part of the Satmar Kehilla in Monsey. He drove a bus for Parnasah.

Tragically, he leaves behind a wife and 6 children – the youngest just 5 weeks old.

Chanania Yom Tov Lipa Z”L was the son of of Reb Moshe Freidrich.

YWN is pleading with our readers to do anything they can to get the Monsey Minyanim – and the Minyanim in Boro Park, Flatbush, and Lakewood TO STOP. People are committing mass murder by having these Minyanim.

Hat Tip to the tipster.

We are posting this due to the underlying allegations of fraud and potentially other corporate violations.

While we do not agree with the assertions regarding the Beit Din (namely that the use of civil courts is prohibited and in violation of Jewish tenets), there are rabbis who believe wholeheartedly in this method of dealing one Jew to another and we will not criticize or judge.

The aggrieved parties are entitled to recourse for what has happened here, something we hope to assist in achieving.

Please read the letter to the community from Mabbi Nissim Makor of Pirchei Shoshanim.

We are interested in anything else you can provide.

END_OF_DOCUMENT_TOKEN_TO_BE_REPLACED

PAY CAREFUL ATTENTION TO THIS SPEECH.

We might all be able to do a little soul-searching after these comments. 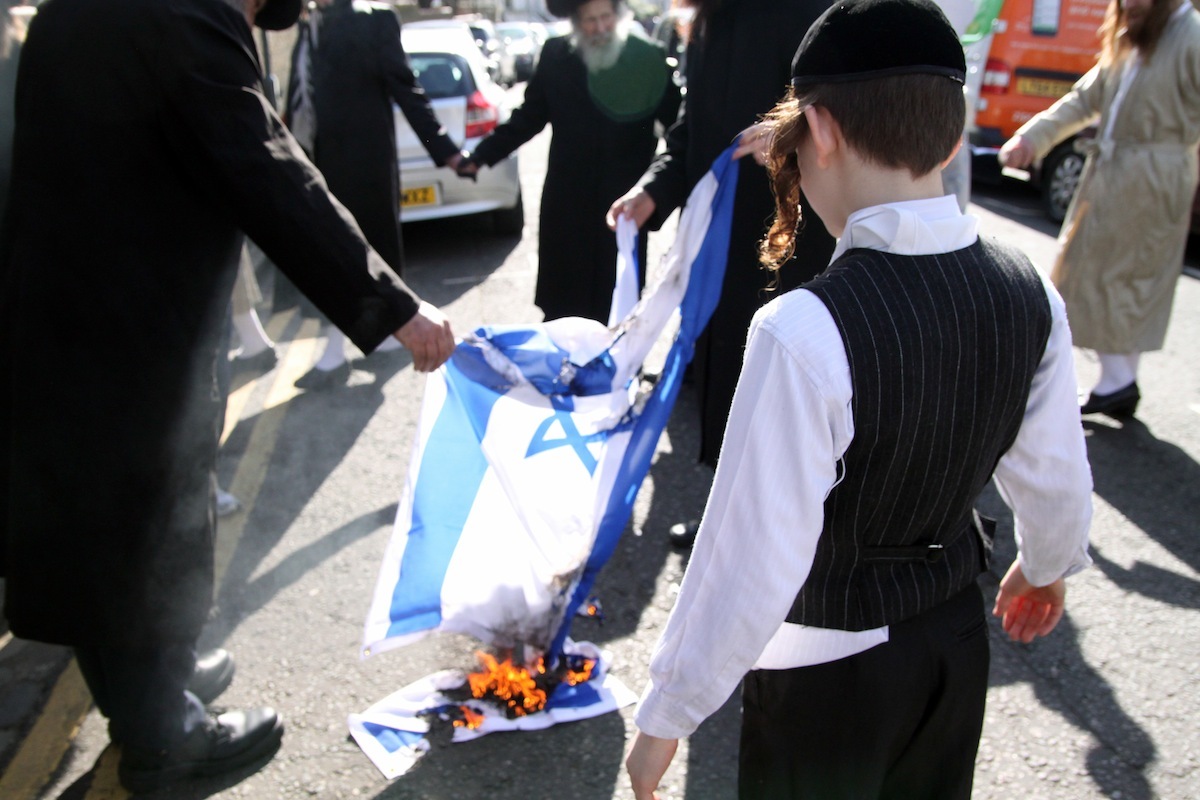 A Commentary about the Inextricable Link between anti-Semitism and anti-Zionism, a Follow Up to Tuesday’s Opinion Piece and the Opinion of Hen Mazzig

We are republishing an article that was posted yesterday, without the permission of the author. We will take it down if asked, or cut back what we have posted. We direct you to watch the video by clicking the below link and also to view Hen Mazzig’s article in its original iteration by clicking here.

We wholeheartedly agree that anti-Zionism has a death toll; but think that Mr. Mazzig’s point is an over-simplification of a larger problem: that anti-Semitism is inherently anti-Zionism but the reverse is not always the case, though the two are often confused.  Anti-Zionism is dangerous insofar as it does not distinguish between the State of Israel and the Jewish people, nor does it give credence to people who are genuinely critical of the State, not as anti-Zionists; but as non-supporters. Nor does it clearly illustrate that the positions taken by major organizations like the ADL need to be addressed by clear minds to avoid a misunderstood narrative. There is a distinction between anti-Semitism and anti-Zionism. In addition, Mr. Mazzig’s article does not take into consideration the highly confusing message that anti-Zionist Jews who arguably are not anti-Semitic sent out. Within their anti-Zionist framework they have invariably created a justification by non-Jews to be both anti-Zionist and anti-Semitic and, as a consequence, very dangerous to Jewish identity, both religious and otherwise.

There are then Jews, as listed in Tuesday’s LM article entitled:

who are outrightly anti-Zionist, even going as far as praying for Israel’s destruction. They believe that the razing of the State of Israel is a prelude to the coming  of the Moshiach (Messiah) and they cannot grasp how corrosive their views are for all Jews. They are the flag-bearers of anti-Semitism, whether they understand that premise or not. It cannot be understated that these fervently religious anti-Zionists are not small in number, are well-funded and are continuously growing.

As discussed in Tuesday’s commentary a large and visible contingent  traveled to wide press coverage and extensive, if not somewhat over-the-top, pomp and circumstance to give money to their fellow anti-Israel compatriots living within the State of Israel. They were greeted with a parade and rally upon arrival in Israel. Yet, they espouse the virtues of religious Jews inhabiting the Jewish State allegedly without accepting Israeli state funding or contributing any real benefit in return. They tow the anti-conscription line and the anti-Secular education narrative, both of which will ultimately be the downfall of the State of Israel. And they think not what they can do for their country, only what their country can do for them. Many are dual citizens of Israel and countries throughout the world and at least some collect services from both countries, all the while viewing religious principles first, country a far off second.

END_OF_DOCUMENT_TOKEN_TO_BE_REPLACED

The following is a rough estimate of some of the understatements made on the bankruptcy filing listed in the previous article.

Each of the properties listed in the bankruptcy filing was, in our opinion, grossly undervalued, except the Highview Road home (which presumably is the family’s primary residence).

We did our own research. Unfortunately, it is difficult when much of the property is listed as random parcels of land, no acreage numbers listed, no plot numbers of land posted, etc. Omissions can be a valuable resource.

Therefore, the below should be accepted as guesswork – initial due-diligence and an opinion based upon that due diligence which reflects information publicly available on various land valuations sites. 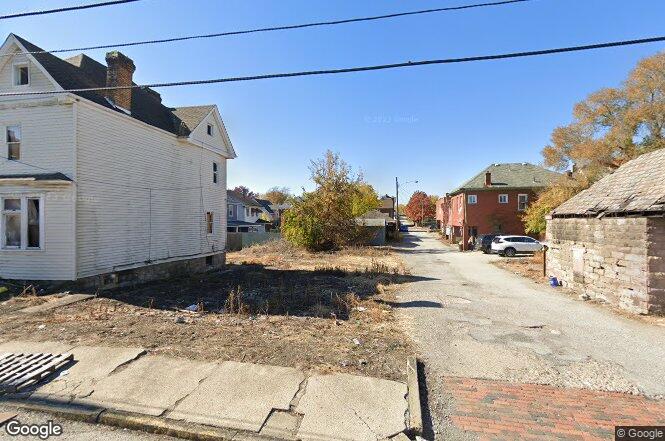 Estimate history not available – we’ll add it here when we have enough quality data.

Disclaimer – Should you have information to add to this post or to correct something that we have written, please send along with a note to the editor – findinglostmessiah@gmail.com. We would like this opinion to be based upon the latest information and are happy to take corrections as we do not want any inaccuracies. We have redacted the last names of the debtors for privacy concerns, but they can be found in the filing documents.

The above photographs are of Congregation Zville of Monsey, New York. It is a congregation built in a private home and constructed absent the appropriate permits. Efforts at speaking to the building department in Ramapo, New York, failed miserably. And, apparently that is nothing new. Whether permits were filed after the fact (and of course, approved) is a question that remains unanswered at this time. The synagogue is the baby of Sam Ehrenthal, who recently declared bankruptcy for the purposes of wiping out millions of dollars in debt. This debt includes government IRS taxes (see below).

We take no pleasure in someone’s misfortune. The filing of a bankruptcy can, indeed, be unfortunate. We do wonder about the authenticity of the bankruptcy filing and the integrity of the filed claims when the person involved, Samuel Ehrenthal of Monsey, New York, has been the subject of investigations for nearly 10 years without anyone taking a moment to start connecting dots and asking serious questions. In 2012 a suspicious house fire led to an investigation, one which yielded precious little. (We are assuming this is the same Samuel Ehrenthal?).

(See FailedMessiah article from May 18, 2012 involving Negligent Landlord Let off easy by town of Ramapo here.

Mr. Ehrenthal has a list of debtors who are personal individuals and have allegedly loaned him extraordinary sums of money. We believe at least some of those individuals may be helping him hide money (but we could be wrong). For the purposes of this article we did not include the last names of those listed as we do not want to violate the privacy of anyone who might be a legitimate creditor.

END_OF_DOCUMENT_TOKEN_TO_BE_REPLACED

We have been asked why we are not broadly covering the subject of the brutal stabbing in Monsey, New York on the morning of Wednesday, November 20, 2019.

Sometimes what we do not post speaks volumes. We are precluded.

For professional reasons the blogger will not be posting any comments or particular posts regarding this incident except what has been posted so far. If you Google “Monsey Stabbing” there is more than enough to keep you busy reading, both about the events and about the internet chatter. Twitter has information available as do a host of Facebook sites.

this was not a hate crime.

It appears that video footage was sought out and destroyed by members of the same community where the victim lives and worships; and that this may be hindering a speedy resolution to apprehending the criminal or criminals involved. If you have footage from CCTV or other cameras, please feel free to forward it to the gmail account listed below. We will send it to the authorities. It MUST not be doctored and the exact source for the footage must be provided.

Suffice it to say that we have been in touch with law enforcement and are actively trying to assist in the investigation.

As such, please feel free to contact the blog-site directly with any information and it will be kept confidential.

We wish the family of the victim well. We wish the victim of the attack a refuah shlema. We will not be posting anything more during this last weekend in November.

Please. If you have information come forward.