NO EXPLANATION REQUIRED FOR THE ABOVE-TITLE…

In the 30-second clip, which has been circulating online, dozens of members of the Jewish community — some wearing protective facial masks — can be been seen marching in an outdoor procession down Avenue N near East 9th Street in Midwood as a close cluster of men carry a casket above their heads in the middle of the street.

Members of the civilian nonprofit Brooklyn patrol group Shmira can be seen guiding the heavily populated procession, the footage shows.

Shmira did not immediately respond to a request for comment.

The funeral gathering was an open violation of the social distancing orders by state and city officials who have repeatedly demanded that folks maintain at least a 6-foot distance while in public as a way to stem the spread of the potentially deadly virus.

“There’s no excuse for violating social distancing, not even for a funeral, given the current state of affairs,” political consultant Menashe Shapiro, who has ties to the Orthodox Jewish community, told The Post on Thursday. “A lot of people have said, and I agree, that funerals have to be done at a bare minimum — people have to be buried, period.”

Shapiro added, “Despite the fact that escorting someone to their final resting place is considered the ultimate kindness, what took place yesterday in that video is utterly despicable under current circumstances since it’s self-defeating and risks many more funerals.”

COMMENTS FROM OUR NEW JERSEY READERS:

If they have to hire agencies to patrol the town for illegal gathering then obviously some lawlessness is continuing in substantial numbers in Lakewood!!

Why is Governor Murphy Not Condemning this Behavior Vigorously?

Why is AG Burbir Grewal Not Getting More Active? 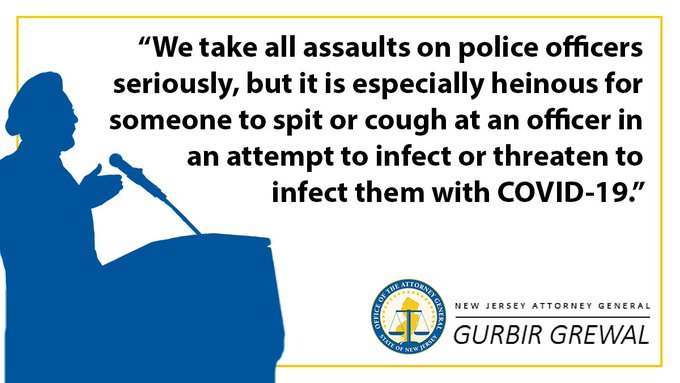 The Murphy administration ratcheted up pressure Wednesday in tamping down illegal gatherings in Lakewood.

In the latest incident in Lakewood, police broke up an engagement party Tuesday, charging ten adults, including a 99-year-old man, with violating the statewide order on social distancing.

THE BEIT MIDRASH GEVOHA IS TELLING ITS MEMBERS TO STAY HOME – TO GO ANYWHERE IS FORBIDDEN. THIS IS AN ACT OF MERCY!

The leading Lakewood Posek from BMG has issued a clear psak Halacha: No one is permitted to travel to ANYONE for Yom Tov. Not for any part of Yom Tov, even if it is in Lakewood. No travel at all. STAY HOME = SAVE LIVES!

A new city map showing confirmed coronavirus cases based on patient address by ZIP code suggests the poorest New Yorkers are being hardest hit by the pandemic.

Wealthier parts of the city, including much of Manhattan, waterfront sections of Queens and brownstone Brooklyn, have the fewest number of coronavirus cases, according to the map released by the city Department of Health.

A stark example of the wealth gap is the Rockaway section of Queens. The richest part of the peninsula that incorporates Belle Harbor where homes sell for over $1 million has at least 112 cases while Far Rockaway with its public housing complexes has up to 947 cases.

Those maps showed ridership plummeting in Manhattan stations in mid-March, while New Yorkers from the outer reaches of the outer boroughs continued commuting.

“Over time we start to see the effect of the fact that Manhattan and the inner zip codes of Queens and Brooklyn have a lower positive rate because they were able to bend the curve before the outer boroughs,” Donnelly said.

Neighborhoods with fewer than 200 cases — like Park Slope, Brooklyn and Greenwich Village in Manhattan — count many white-collar professionals who can telecommute as residents.

“I think the clear next step there, is if that’s true, then there’s a real socio-economic inequality, inequity in the fact that these ZIP codes, which also tend to skew lower socio-economic, are also going to be the ones who are harder hit by this pandemic,” Donnelly said.

“Broad strokes, those tend to be the wage workers, emergency service workers that are exposing themselves more and more over time,” Donnelly said.

Many front-line workers, from grocery store clerks to EMTs, live in the outer boroughs. Their jobs require them to use the subways while the majority of New Yorkers stay home.

Neighborhoods with high poverty like Mott Haven in The Bronx and East New York in Brooklyn have as many as 947 cases compared to Park Slope and Greenwich Village’s 200 cases.

The map doesn’t always track to income. More exclusive enclaves like Williamsburg, Brooklyn also have up to 947 cases, likely because of a cluster among the area’s Orthodox Jewish population.

On Staten Island, solidly middle class sections like Heartland Village and Annadale are the hardest hit — potentially due to the concentration of first responders who live there.

Why Are Religious Leaders of Different Faiths Leading Their Congregants to Covid-19?

We invite you to read the commentary below entitled: Born Again Christians Need to Follow the COVID-19 Rules or Go to Jail.

First, we have not received permission to post the article and hope that you will kindly go to the original source to see the video and read the article. Second, the republication does not necessarily mean that we support everything the author posts, that we endorse all of his commentary or that we are in any way affiliated with him. We are posting an article because it encapsulates our premise that in no uncertain terms,  religious defiance is not coming exclusively from religious Jewish groups and resentment for religious communities is not solely a problem for Jews. Moreover, we think it supports our position that expressing resentment for the religious communities defying directives is not anti-Semitism when that religious group happens to be Jewish.

Clearly, there is a growing resentment for ALL religious groups who are balking at the directives of science by congregating. Those religious “zealots” in the words of the author pose dangers for themselves, for us and for those around us.

Specifically, the author refers to those “Born Again Christians” who defy the state and national authorities as “self-centered zealots [who] flout the law because they think they are blessed better than everyone else.” He continues, “If these extremists refuse to protect themselves and their neighbors, its time for the authorities to storm their churches and disperse their ill-advised and often illegal gatherings.”

Before going any further, no one outside of law enforcement should be storming anything and “storming” may be a bit harsher than we would express. But please note, if the same were written of the members of the Haredi community who were continuing to daven [pray] in groups, those same words would be be deemed anti-Semitic. Jewish groups like the American Jewish Congress, Jewish Federation and OJPAC would be going crazy trying to have the sentiments removed.

The point here is that ANY religious community that does not follow directives is putting the lives of their own and others at risk and should not be exempt from law enforcement’s reach at stopping Covid-19 by enforced social distancing. Religious practitioners are not exempt from the virus. Their practice should not be exempt from scientific guidelines; and law enforcement tasked with protecting us should be enforcing the directives.

END_OF_DOCUMENT_TOKEN_TO_BE_REPLACED

TEL AVIV—Israel is struggling to contain a concentration of coronavirus infections among ultraorthodox Jews, with the impact reaching Prime Minister Benjamin Netanyahu, who went into isolation after an adviser from the community tested positive.

Mr. Netanyahu’s office said on Monday evening that his test for the virus, as well as those of his family and close staff, came out negative, though officials said he would remain in isolation as a precaution in keeping with ministry of health guidelines.

While the ultraorthodox make up about 10% of Israel’s population, ultraorthodox patients account for 50% of those hospitalized with the coronavirus disease, Covid-19, according to an analysis by Israel’s Channel 12. END_OF_DOCUMENT_TOKEN_TO_BE_REPLACED

The Tosh Jewish community, a Hasidic community of 4,000 living in the Laurentian community of Boisbriand, has appealed to Laurentian public health authorities and to the Boisbriand police force to help to enforce a quarantine of its community for fear that the novel coronavirus could tear through it.

The community was placed under a 14-day quarantine by public health authorities on Sunday, said a spokesperson for the Laurentian health authority, the CISSSS des Laurentides, but is asking for help to ensure it is respected.

One hundred members of the community were tested for COVID-19: 40 results had been received by Sunday and more than 40 per cent were positive.

The community lives in relative isolation from the outside world and from other Hasidic communities in Montreal, but it does have links to Tosh communities in New York. New York is a hotspot for the COVID-19 pandemic. Community members would have travelled to New York to celebrate the Jewish holiday of Purim this month.