We have written and opined at great lengths about Dan Gertler, the mining tycoon sanctioned under the Magnitsky Act sanctions and the final gift from President Trump to Gertler, a lifting of those sanctions. Make no mistake, that lifting was unsurprising when coupled with the Guliani Ukraine affair. To those of us who followed the ever-changing political landscape in the DRC, the US’s unbridled support of an otherwise undemocratic election in the DRC, the securities’ firms that played a role in the movement of information, and the tail numbers of Gertler’s planes coupled with the travels of Trump’s personal attorney, Rudolph Guiliani, this political-financial network was foreseeable. It was our opinion then and now, that Guiliani was paid for his liaison services, which were blessed through a web of quasi-legitimate securities’ firms. Beyond that, in what capacity Guiliani was traveling to the Ukraine fairly regularly, and his labyrinthine ties to Ukraine at that time remain the subject of debate.

We have opined about the various loopholes and veritable crawl spaces that have allowed Gertler access to millions, if not billions of dollars, otherwise unavailable under the Magnitsky Sanctions Regime. Some of this money was allegedly owed to Gertler by Glencore. The “praise” bestowed upon Gertler by foreign diplomats is almost embarrassing, but may have been required to get cooperating countries on board with the payment scheme. The workaround was craftily organized by funneling money through a payment system of mazes to Gertler via a series of Euro-based workarounds which required the assistance of the Swiss banking network and US Government intervention. It is unlikely the Swiss would have been involved absent a very public statement by the US. It is our opinion that the loopholes were identified and manipulated by President Trump and, in our opinion, Rudolph Guiliani, Paul Manaford and others within the Trump orbit.

Whether or not we have it all perfectly figured out remains a job for those with far higher pay grades.

While Gertler claims all of his actions in the DRC have been above-board, we think that depends upon whose morality and ethics one is using as the exemplar upon which all else is measured. As we see the world, Gertler’s almost unforgivable use of underpaid members of the DRC to afford him unquantifiable wealth is not a paragon of the divine intervention of his religious system of beliefs. Moreover, Gertler’s willingness to manipulate financial systems such that banks, investment companies and frankly heads of states and countries made his acquisition of wealth all possible, is all the more unsettling.

END_OF_DOCUMENT_TOKEN_TO_BE_REPLACED

This factual report reveals the full extent of his Russian connections, and proves that his Kremlin relationships have reached directly to Vladimir Putin for a long time.

Time Magazine once called Rudy Giuliani an “honorary Texas oil lawyer” but his drive, his New York political image and connections, and his reach inside both the Kremlin and the Persian Gulf is what elevated Bracewell & Giuliani to be considered the leading energy law firm of the last decade, and why continues to rack up awards from its peers.

That was just a year after Rosneft had signed a massive deal with Exxon-Mobil — led by now-Secretary of State Rex Tillerson — estimated to be worth half a trillion dollars, and after sanctions landed. Bloomberg noted:

Coincidentally, Rudy Giuliani was a loss leader partner at White & Case for a brief time between his tenure in the US Attorney’s office prosecuting the Mafia, and during his first, failed campaign for Mayor of New York City in 1989.

Rudy Giuliani went from being a vocal fan of Vladimir Putin since 2014, and the Donald Trump’s top surrogate — under formal consideration for the high office Secretary of State in November — to hiding under a rock ever since the Trump Russia dossier was published in January, making just a single appearance on Fox News to crow about influencing the Muslim Ban, which subsequently failed because of his racist comments.

Ironically, it was Rudy Giuliani who indicted the founder of Rosneft’s other new shareholder Glencore in 1983, because Marc Rich’s business evaded US sanctions.

That job required Giuliani to fly for a meeting with Turkish autocrat Reçep Erdogan — to represent a Turkish gold trader accused of violating US sanctions.

END_OF_DOCUMENT_TOKEN_TO_BE_REPLACED 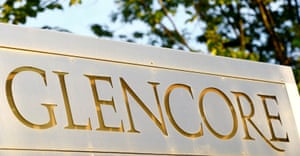 Glencore, one of the world’s biggest commodity traders, is already subject to a U.S. Department of Justice enquiry in connection with corruption in Democratic Republic of Congo, Venezuela and Nigeria.

The SFO confirmed https://www.sfo.gov.uk/2019/12/05/sfo-confirms-investigation-into-suspected-bribery-at-glencore-group-of-companies it was investigating the conduct of business by the Glencore group of companies, its officials, employees, agents and associated persons, but said it could not comment further on a live investigation.

Glencore has said it will cooperate with the investigation.

The company’s shares dropped 6% to 223.9 pence following the announcement, pushing it to the bottom of London’s blue-chip index.

Over the course of this year, Glencore’s shares have fallen more than 20%, pressured by broader concerns about safety and sustainability in Democratic Republic of Congo.

CEO Ivan Glasenberg told investors earlier this week he expected to step down next year once a new management team is in place. (Reporting by Yadarisa Shabong in Bengaluru; Alistair Smout, Julia Payne and Barbara Lewis in London; Editing by Rashmi Aich and Jane Merriman)

END_OF_DOCUMENT_TOKEN_TO_BE_REPLACED

The International Monetary Fund arrived for its first talks with the Democratic Republic of Congo since 2015 as President Felix Tshisekedi seeks to repair relations with the Washington-based institution and fulfill a pledge to fight corruption.

Tshisekedi, who replaced Joseph Kabila after elections in December, last month told delegates while on a visit to Washington that he’d come “to untangle the dictatorial system which was in place.” He told another meeting that Congo’s endemic corruption had “discouraged serious investors.”

“We urge them to do a thorough audit at every level and not to be lenient,” Gilbert Mundela, an adviser to Tshisekedi, said in interview Thursday in the capital, Kinsasha.

Non-government organizations want the IMF to undertake “an independent audit into the management of public companies,” according to a letter addressed to Managing Director Christine Lagarde. They also called for unpublished mining contracts to be made public.

The fund halted a $532 million three-year loan program for Congo seven years ago after the government failed to publish details of a 2011 mining deal. “Opacity in the management of public companies has only increased” since the program ended, according to the letter.

The local organizations singled out state-owned mining company Gecamines, saying its transactions with international investors “are done in darkness.” Advocacy groups such as the Atlanta-based Carter Center and London-based Global Witness say Gecamines failed to account for hundreds of millions of dollars paid to it by partners in copper and cobalt deals. Gecamines rejects the claims.

The 32 organizations are also “worried” about royalties paid to Israeli businessman Dan Gertler from two copper-cobalt mines controlled by Glencore Plc. The contracts enabling Gertler to acquire the royalty streams are unpublished, according to the letter.

An investigation by Guardian Australia can reveal the covert campaign, dubbed “Project Caesar”, was orchestrated by world-renowned political operatives at the C|T Group, the firm founded by Sir Lynton Crosby and Mark Textor.

The C|T Group used teams in Sydney and London to further Glencore’s interests across the globe, including in Australia, according to multiple sources with knowledge of the project and documents seen by Guardian Australia.

Project Caesar began in early 2017 with an annual warchest of between £4m and £7m. Glencore has confirmed the project’s existence but said it moved to shut it down last month to “ensure alignment” with its recent decision to limit coal production for environmental reasons.

The campaign aimed to engage key politicians, both to gauge their views on coal and attempt to convince them of its continuing value.

Intelligence was collected about key coal detractors, including Greenpeace and 350.org, detailing their budgets, social media reach, and issues that could be used to embarrass or undermine them. 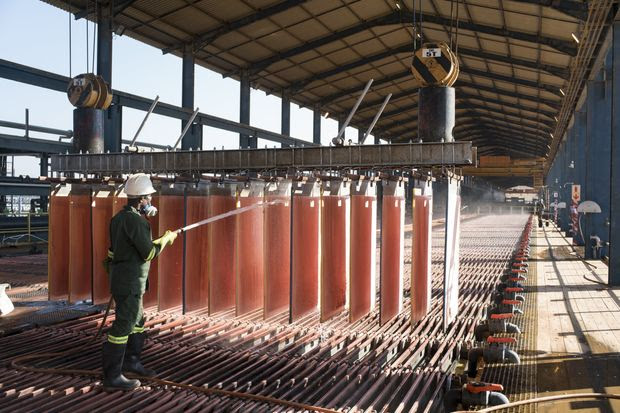 Swiss mining giant Glencore GLNCY -0.98% PLC provided nearly $1 billion in loans and advances to companies associated with an Israeli businessman accused of having corrupt ties to government officials in the Democratic Republic of Congo, according to documents reviewed by The Wall Street Journal.

The loans, made over a roughly 10-year period starting in 2007, were designed in part to help finance investments by the businessman, Dan Gertler, in copper-mining operations in Congo alongside Glencore, the documents show.

The amount of the loans—more than previously reported—highlights the financial ties between Glencore and Mr. Gertler during their decadelong partnership in Congo. The relationship has been a focus of U.S. and Canadian authorities, who have been investigating the company’s Congo operations and ties to Mr. Gertler.

Glencore, the globe-spanning mining behemoth and trading house run by Chief Executive Ivan Glasenberg, for years has pushed back against complaints about its ties to Mr. Gertler. Mr. Gertler and his main company in Congo, Fleurette Group, have denied wrongdoing.

Analysts say mounting concerns about Glencore’s Congo operations have contributed to a decline in the Swiss company’s share price.

The details about the loans are contained in the Paradise Papers, a trove of documents from a Bermudan law firm obtained by the International Consortium of Investigative Journalists and the German newspaper Süddeutsche Zeitung, and shared with The Wall Street Journal. The papers first surfaced in late 2017.

Glencore has disclosed some of the lending to Mr. Gertler in broad strokes. A 2017 deal to buy out Mr. Gertler’s stakes in two Congo mines, for instance, folded in $556 million in debt—including $120 million in interest—that Mr. Gertler owed Glencore, the company said at the time. The cash payment in the deal was about $534 million.

The documents, though, detail a series of specific transactions in which Glencore helped to finance Mr. Gertler’s business interests in Congo. Glencore’s chief financial officer frequently signed off on documents associated with the loans.

The overall value of the loans and many of their details haven’t previously been reported.

A spokesman for Glencore declined to comment on the specifics of the loan agreements. In response to a 2014 report by London-based corruption watchdog Global Witness about Glencore’s mining deals in Congo with Mr. Gertler, Glencore said all transactions with the Israeli businessman’s companies “have been conducted on arm’s-length terms, and all public disclosure requirements applicable to us have been complied with.”

A spokesman for Fleurette Group said, “Loans made to Fleurette and its related companies were negotiated on arms-length commercial terms.” Any implication that the loans were improper is wrong, the spokesman said. “Fleurette has operated transparently and in line with all applicable laws during its interactions with Glencore,” he said, adding that all loans were used for legitimate purposes and were repaid.

Documents reviewed by the Journal show that in 2011 a company controlled by Mr. Gertler owed $300 million to a Bermuda affiliate of Glencore, Limajo International Inc., a previously undisclosed debt.

Glencore’s ties to Mr. Gertler date to the mid-2000s, when both invested in Nikanor PLC, a London-listed Congolese copper operator. In 2007, Glencore lent about $250 million to a company controlled by Mr. Gertler, and that company used the funds to purchase a stake in Nikanor, according to the documents.

Glencore’s Katanga Mining, in addition, made about $80 million in advances to a company controlled by Mr. Gertler from royalties he was entitled to receive, according to Katanga’s public filings. Glencore purchased Mr. Gertler’s stake in Katanga in 2017.

The U.S. Treasury Department in December 2017 sanctioned Mr. Gertler, accusing him of trading on a friendship with Congo President Joseph Kabila to amass a fortune through “opaque and corrupt” deals on behalf of multinational companies seeking to do business in Congo. Mr. Gertler has declined to comment on the specifics of the allegations.

Fleurette spokesman said last month the company “has always acted appropriately and with integrity in the DRC. Nothing has ever been proven against the company or its executives in a court of law.”

To read the remainder of the article in its original format click here.