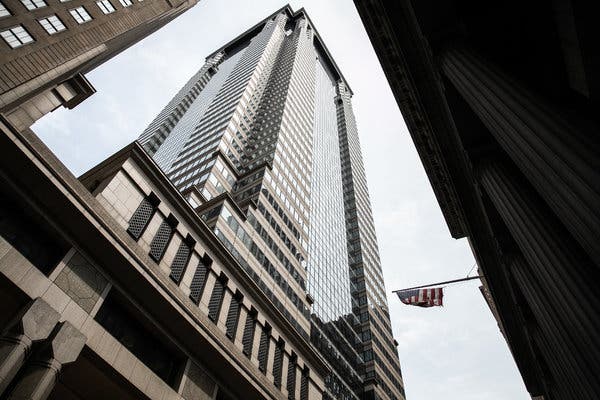 As Deutsche Bank officials this year scrambled to extricate themselves from a yearslong relationship with Jeffrey Epstein, the wealthy financier charged this month with sex trafficking, they uncovered suspicious transactions in which Mr. Epstein had moved money out of the United States.

Deutsche Bank reported the transactions to a federal agency in charge of policing financial crimes, according to three people familiar with the bank’s internal processes. The report came as the bank started looking for signs that Mr. Epstein was using his financial resources for the purposes of sex trafficking.

Mr. Epstein, who has been accused of operating a sex-trafficking ring involving dozens of victims, some as young as 14, is being held in a Manhattan jail cell after federal prosecutors argued he was a flight risk, citing his vast financial resources. He has a byzantine network of businesses and personal holdings, which include real estate, an island and private planes valued at more than $500 million. Mr. Epstein’s lawyer, Reid Weingarten, did not respond to requests for comment Tuesday afternoon.

Deutsche Bank has been contacted by prosecutors and other government authorities investigating Mr. Epstein. Joerg Eigendorf, a Deutsche Bank spokesman, said the bank was “absolutely committed to cooperating with all relevant authorities.”

Deutsche Bank executives are still trying to understand the depth and scope of the bank’s relationship with Mr. Epstein, who has been a client of its private-banking division since at least 2013 — years after his conduct became public in a prostitution case involving a teenage girl. Mr. Epstein struck a lenient plea deal that included a non-prosecution agreement from federal authorities, and the case has been held up as a glaring example of how the wealthy and well-connected can evade consequences.

At least one bank dropped Mr. Epstein as a client in the years after his guilty plea. But it wasn’t until late last year, after The Miami Herald published an investigation into the earlier sexual abuse allegations, that Deutsche Bank decided to sever ties with him. The process proved more complicated and time-consuming than executives had initially anticipated because Deutsche Bank’s private-banking division had opened several dozen accounts for Mr. Epstein and his businesses.