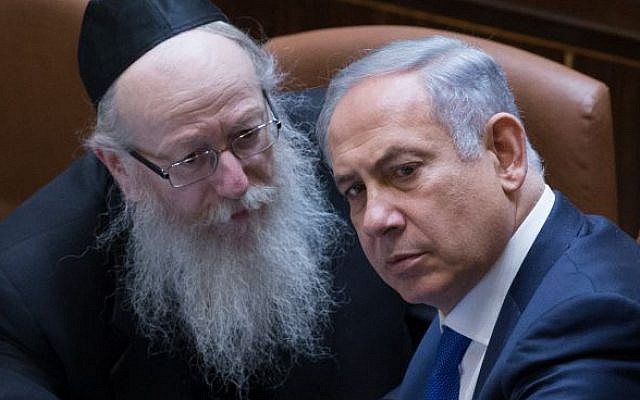 According to the report, Netanyahu sought to soften the demand in his talks with his would-be coalition members, but ultimately agreed to the condition laid out by Shas, United Torah Judaism, and the Union of Right Wing parties.

The Likud denies the report, telling Kan that no such agreement was made.

From the Times of Israel