Skip to content
Home$3.1 Million to Workers While Execs Got “Fat Payouts”

FEGS Will Pay $3.1M to Workers Left in Lurch by Collapse

The shuttered Jewish social service agency FEGS has agreed to pay $3.1 million to the union workers it left in the lurch when it collapsed in 2014.

The agreement, filed the day before Thanksgiving, settles a number of claims that the union that represented 700 FEGS’s workers had brought against the organization. A bankruptcy judge will rule on the settlement at a hearing in December.

“I think this is a great settlement,” said Larry Cary, the attorney for District Council 1707. “Rarely do you get $3.1 million for workers in a bankruptcy. I hope that it’s quickly approved and workers get their money. They’ve waited long enough.” 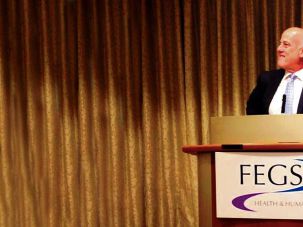 FEGS hemorrhaged millions in its final years amid widespread mismanagement. Senior executives received massive bonuses while the organization was on the brink of crisis. And while top leaders received tens of thousands of dollars in accrued vacation pay while the organization when already in the midst of its collapse, union workers waited an extra eight months to receive theirs.

The new settlement comes as a result of claims that the union filed with the National Labor Relations Board and the bankruptcy court alleging that FEGS failed to follow laws requiring employers to give proper notice before engaging in layoffs, and that the organization had refused to engage in collective bargaining. FEGS denies the claims. In a court filing, however, the group says that it prefers to settle than to litigate the various suits.

“The Debtor asserts that the compromise embodied in the Settlement Agreement is fair, reasonable, and in the best interests of the Debtor,” FEGS’s attorneys wrote.

Under the terms of the settlement, employees will receive a total of $3.1 million to settle all claims. They they will receive the emount a month after the court approves the agreement. An additional $831,000 will settle additional accrued vacation payments, though that amount will not be paid out until the completion of the bankruptcy process.

A list of employees included in the settlement document suggests that individual former FEGS union employees workers are slated to receive amounts ranging from nothing to over $7,000.

The Forward reported in July that the former executive vice president of FEGS had started a consulting firm that was getting hired by Jewish charities to conduct executive searches.

FEGS No. 2 Man Bounces Back After $200M Charity’s Spectacular Collapse